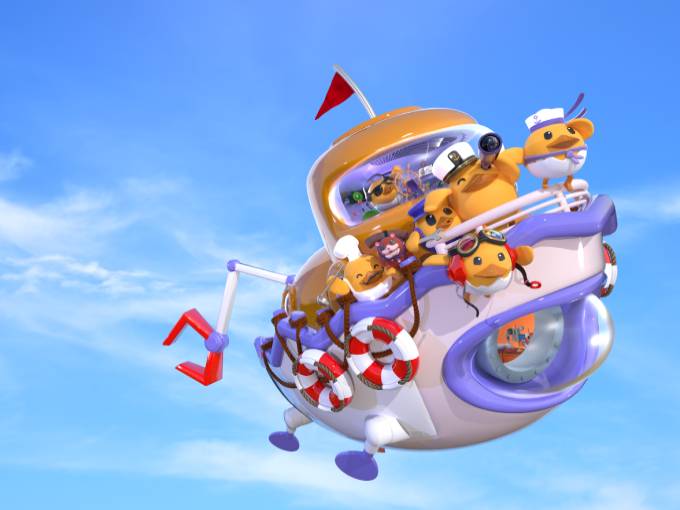 EXCLUSIVE: The PAW Patrol and Top Wing writer will serve as co-creator and head writer for Duncan’s Flying Tugboat.

The SkyFarm Company is ready to take to the skies, partnering with PAW Patrol and Top Wing writer Scott Albert on a new preschool series called Duncan’s Flying Tugboat.

Albert will serve as co-creator and head writer on the 3D-animated comedy-adventure that’s in development with the Virginia-based studio. The team is fleshing out a 52 x 11-minute first season, with each episode following the exploits of the crew working on the titular flying tugboat.

In addition to tugboat jobs and all of the escapades that come with rescuing friends, Albert says each episode features an emotional plot that is designed to create a soft and caring atmosphere.

“There’s a real focus on emotional intelligence,” he says. “It’s important to tell kids that it’s OK to have big feelings and express them.”

Because each episode is built on that emotional foundation, the team was able to include some especially whimsical stories and lean into more comedic elements, says SkyFarm CCO Will Bryan. One episode, for example, includes the hunt for the perfect haircut after a flying barbershop goes missing.

“One of the most wonderful things [Albert] helped us achieve is these inventive stories. There’s a lot of fun and spectacle, but everything is rooted in those emotional storylines that keep the show relatable to preschoolers,” Bryan explains.

He says the team is developing the property with key broadcast partners in mind, though he wouldn’t reveal them, citing the early stage of talks.

Duncan’s Flying Tugboat is also being developed as part of a multi-platform property that will include consumer products and interactive experiences. An app inspired by the series is set to launch in December, and Bryan says vehicles, figures and playsets are key categories for the property.

“The goal is to develop the series and toys in tandem, so that the products feel like the show, and the show feels like the toys.”