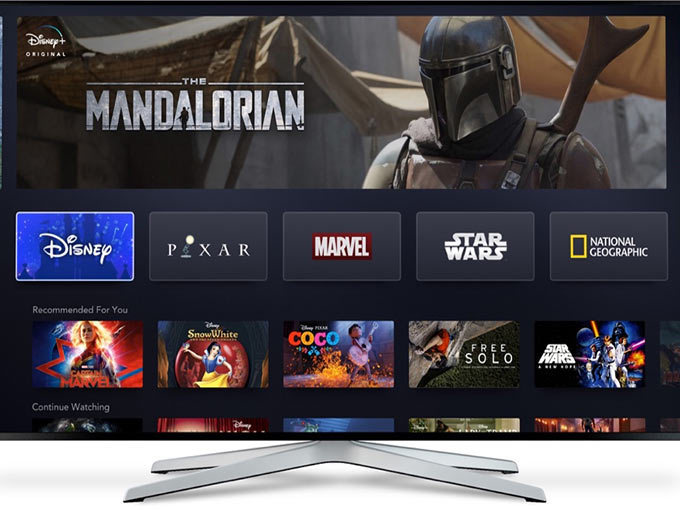 Disney braces for another tough year

Revenue dropped 6% for fiscal 2020, and the House of Mouse is preparing for a shortfall of content and to pay US$1 billion next year to comply with safety measures.

Disney has released its full-year and Q4 2020 results, reporting total revenue decreases of 6% and 23%, respectively. The company attributes the drop almost entirely to the pandemic and its effect on all lines of business. The parks, experiences and products segment alone suffered a US$6.9-billion loss this year because of COVID-19.

Overall, Disney is reporting that it lost US$7.4 billion this year because of the pandemic, with the biggest impact obviously felt in parks because of ongoing closures, as well as the suspension of cruises (all of which were closed for Q4). Shanghai Disney Resort and Walt Disney World have reopened, but are operating at a significantly reduced capacity. Hong Kong Disney and Disneyland Paris briefly reopened and then were forced to close again. Disneyland in California, meanwhile, has been shut down since March.

Studio Entertainment saw a 52% drop in revenue this quarter to US$1.6 billion. Theatrical distribution was basically non-existent as no significant worldwide theatrical releases happened in Q4, compare to last year’s release of The Lion King and Toy Story 4 in the same period.

Media Networks reported US$7.2 billion in revenue this quarter (an increase of 11%). And Disney’s Direct-to-Consumer and International segment was a bright spot for the media conglom, with Q4 revenue up by 41% to US$4.9 billion and up 81% for the full year. Hulu improved in Q4 2020 with more subscriber growth and increased advertising revenues, partially offset by an increase in programming and production costs. Disney+ (pictured) reached 73.7 million subscribers.

Following months of lockdowns, Disney recently restructured to focus much more closely on streaming. A new executive structure was first introduced in October, and then solidified earlier this week with Gary Marsh moving from president of Disney Channels to president and CCO of Disney Branded Television.

Things aren’t quite turning around for the House of Mouse just yet, though. The company reported in its financial statement that since March 2020, it has been experiencing significant disruptions to the production and availability of content, which impacted Q3 and Q4 and will continue to affect the company into fiscal 2021. Disney reported that some film and TV production resumed in the fourth quarter, but didn’t specify how much.

And reopening is not a straight path to an increase in profits, either. Disney said in its financial report that as businesses reopen, it has already incurred, and will continue to incur, additional costs to address government regulations and implement safety measures for employees, talent and park guests. The costs will depend on the timing of reopening, but the company is estimating they will reach US$1 billion in fiscal 2021.