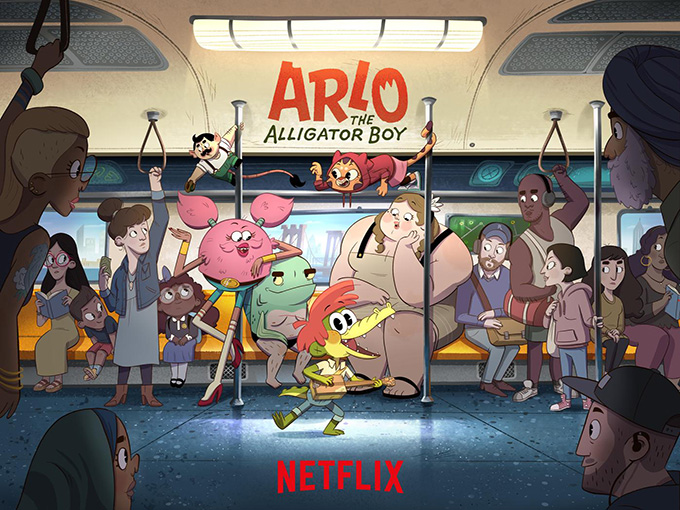 From Puss in Boots and Shrek Forever After creator Ryan Crego, the new franchise is set to premiere in 2021.

Netflix is working up plans to premiere new 2D-animated musical film Arlo the Alligator Boy and follow-up series I Heart Arlo in 2021.

Both offerings are created by Ryan Crego (Puss in Boots, Shrek Forever After), who will serve as executive producer and director for the movie, as well as EP and showrunner for the series.

The movie will bow first, kicking off with a story about an alligator who meets a group of misfits on his way to New York City. The 20 x 11-minute series picks up the thread after Arlo and his new friends arrive in the Big Apple and set up shop in an abandoned neighborhood to help bring it back to life.

Blake Lemons (Home: Adventures of Tip & Oh, Sanjay and Craig) is a supervising producer on the movie and co-EP on the show. Original music for both will be created by Alex Geringas (Trolls, Home).

This announcement comes shortly on the heels of Netflix premiering its first original animated movie musical—Over the Moon from Glen Keane and Pearl Studio.