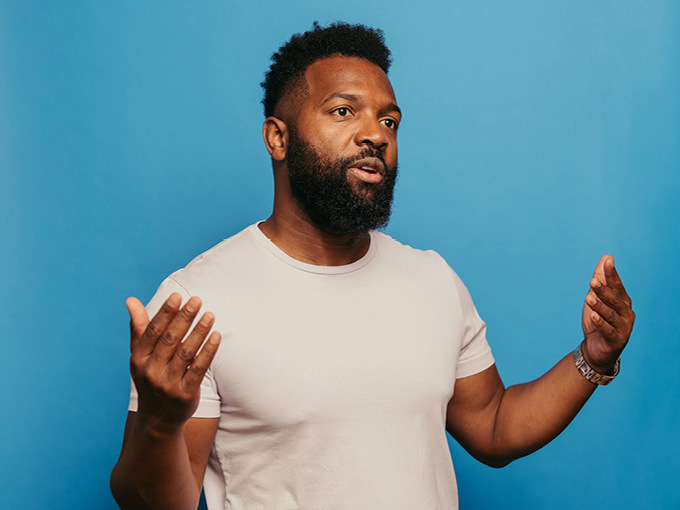 The Emmy-nominated writer, producer and former Obama advisor will explore how to make content more inclusive for kids.

Thurston is a New York Times bestselling author, Emmy-nominated comedy writer and former advisor to the Barack Obama White House administration. In his keynote, he will explore the role stories play in how we talk about race, and how kids content can change that narrative.

Thurston has written for publications including Fast Company and The New York Times. He co-founded Jack & Jill Politics (a Black political blog), and served as digital director of satirical news site The Onion from 2007 to 2012.

His screen credits include writing for TV series on HBO, Comedy Central, CNN and BBC; hosting shows on NatGeo and Discovery’s Science Channel; and working as a supervising producer on The Daily Show with Trevor Noah.

Thurston joins the Kidscreen Summit Virtual speaker lineup at a time when demand for inclusive kids content is on the rise, according to Parrot Analytics. Meanwhile, companies like the recently formed Children’s Media Institute are emerging in response to an industry need to help children’s programming become more diverse and representative of all kids.

Thurston is the most recent marquee speaker to be confirmed by the event, following last week’s announcement that  environmentalist Dr. Jane Goodall is kicking off Kidscreen Summit Virtual with a keynote exploring how the kids industry can help children develop a love of the natural world.

Registration for Kidscreen Summit Virtual—which runs from February 8 to March 5, 2021—is now open. Content Passes ($495) and Business Passes ($995) are available, and more information can be found online.