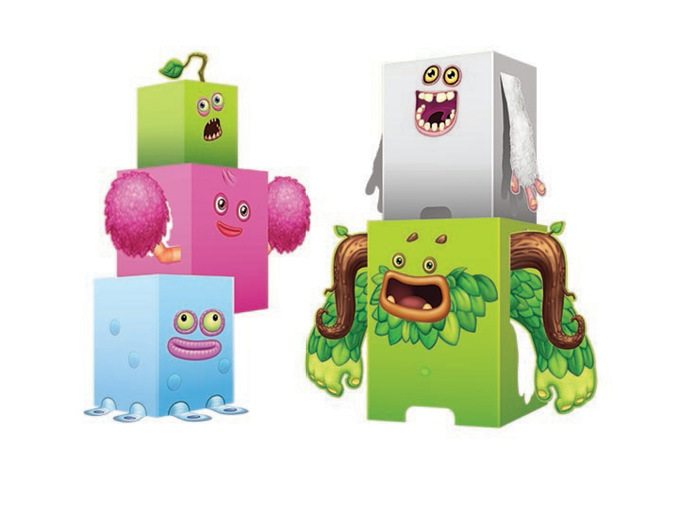 Moose Toys, Playmonster and Discovery have jumped onto the fast-food bandwagon, and trendspotter Chris Byrne explores why that's a healthy choice.

For a long time, the fast-food licensing agreement was king when it came to brand awareness. IP owners fought to have toys inspired by their properties pop up in kids meals. In recent years, however, health concerns led to backlash for restaurants providing toys alongside high-calorie menus. But today, with so much uncertainty in the retail space, Byrne says brands are looking to work with any company that can increase their exposure. 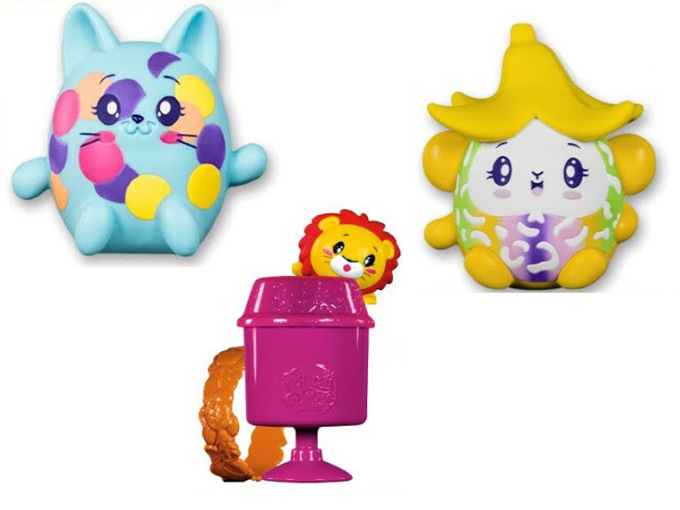 In March, Moose Toys partnered with McDonald’s to launch Pikmi Pops (pictured, above) in Happy Meals. The range focused on unboxing and included 12 scented toys. “Any brands that get involved with a fast-food company have weighed the benefits and obstacles,” Byrne says. “And the fact that so many of these fast-food places now have healthy choices, like apple slices instead of fries, has blunted the criticism.”

PlayMonster also got in on the action, launching toys inspired by its My Singing Monsters brand in Carl’s Jr. and Hardee’s kid-focused Star Pals meals (pictured, at top). The limited-time promotion ran from July to September. Partnering with fast-food joints is an especially strong choice for toy brands right now, Byrne says, because quick-service restaurants weren’t hit as hard by COVID-19 closures as traditional restaurants and brick-and-mortar retailers were.

“The ability for families to be able to go to the drive-through during quarantine has been a real advantage,” he says. “Every other restaurant has been faced with coming up with curb- side delivery, but fast-food restaurants already had the infrastructure in place. And kids aren’t going to the movies or the water park like they used to, so going to get fast food is one thing left that still feels like an event for families.” 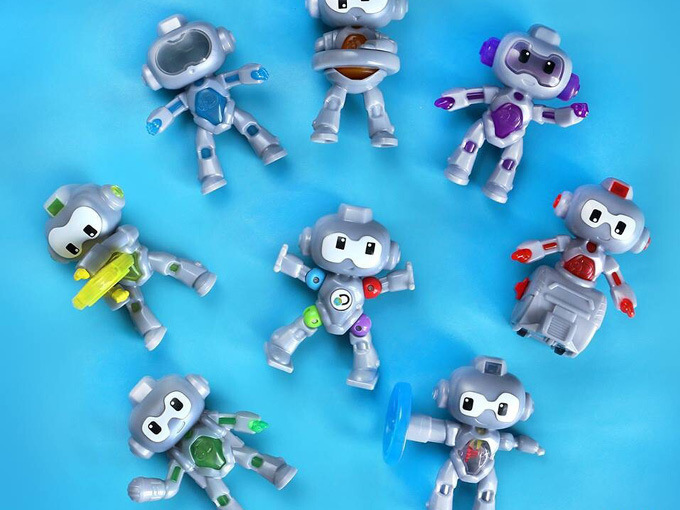 Another brand jumping on the bandwagon is Discovery. Targeting kids ages six to 12, its #MindBlown range (pictured, above) with McDonald’s launched in 2019 and rolled out across participating locations in more than 80 countries throughout 2020. The STEM-focused robot figures teach kids about topics like light, sound, coding and space. The physical toys also included integrated content on the McPlay and Happy Studios mobile apps.

“A company like McDonald’s can generate a lot of awareness for a brand. Even if parents won’t take their family to a fast-food restaurant, their kids will likely still see a commercial.” This awareness is made all the more valuable, Byrne says, because the toys in kids meals don’t compete with other licensing efforts. “A kid who has a toy from the fast-food restaurant doesn’t stop wanting the action figure or the plush item.”