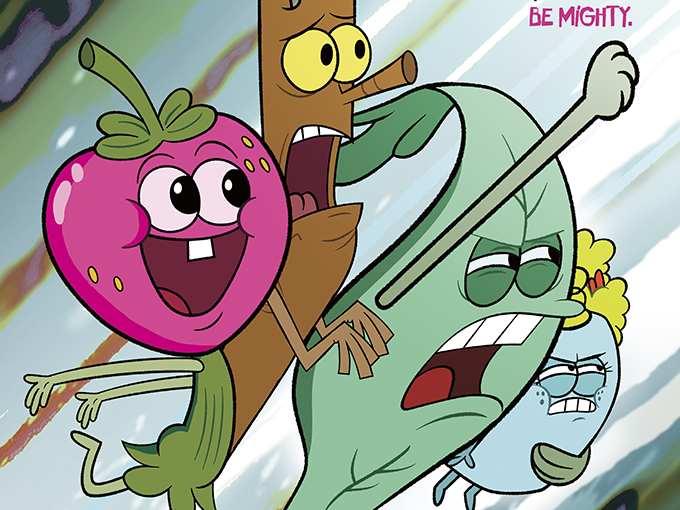 Hulu and Peacock have picked up the new animated series, which will premiere simultaneously on both streamers on November 9.

DreamWorks Animation is launching its new animated series The Mighty Ones simultaneously on two US SVODs—Hulu and Peacock.

Premiering on November 9, the 10-episode toon follows an unlikely foursome of objects (a pebble, twig, leaf and strawberry) that see their backyard as a world of never-ending adventure. The Mighty Ones is created and executive produced by Sunil Hall (Pickle and Peanut, The Mighty B!) and Lynne Naylor (Samurai Jack, The Ren & Stimpy Show).

Despite a rise in SVOD competition and the penchant for streamers to demand exclusive windows, this marks the third time in recent months that the DreamWorks distribution team has signed a simultaneous release deal. Its Madagascar: A Little Wild and upcoming series TrollsTopia were originally headed exclusively to Hulu, and will now also be released same day on Peacock.