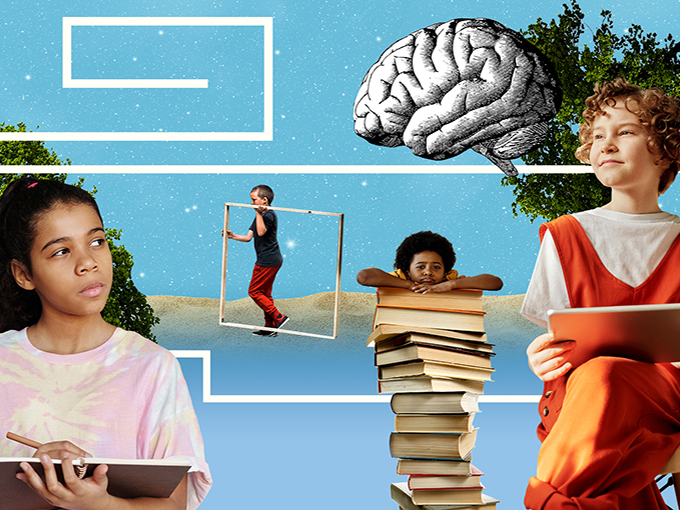 Seeing a gap in the market, the prodco is taking a chance on a philosophy-based series to get tweens excited about critical thinking.

If a tree falls in a TikTok video, does it make a sound? Philosophy probably isn’t a favorite school subject for most kids, but an emerging company from Montreal is out to prove that critical thinking can be just as fun for tweens as making funny videos.

Maki Media was co-founded a year and a half ago by Madeleine Levesque and Dominique Mendel to create animated and live-action content for kids and adults. Levesque previously worked as VP of content at Sardine Productions and as director of original content at Teletoon, while Mendel served as VP of production for both Spectra Animation and Echo Media.

When the partners were thinking about concepts that could challenge and entertain kids, they turned to the idea of a French-language show built around one of their favorite academic disciplines—philosophy.

“To me, philosophy is like mental hygiene or exercise for the brain,” says Levesque.

She and Mendel knew it would be a tough sell to kids and broadcasters, but they saw a gap in the market for philosophy-based shows and pushed forward anyways.

“It’s not the first thing people think about in terms of screen-based content for kids—it’s quite cerebral. But we liked the challenge of trying to make a philosophical show that would appeal to nine- to 12-year-olds.”

The result of that thought puzzle is Pâte Philo, a 13 x half-hour live-action and animated series for French-Canadian pubcaster TFO.

To make the show engaging, Mendel and Levesque developed a multi-format concept. The first part of each episode features a 10-minute sketch in three acts. Each act finishes on an open-ended note to make the case that nothing is as black and white as it may first seem.

The second portion of each episode will provide reality-show testimonials inviting in real students to react at the end of each act.

“What they may have thought about act one will no doubt change by act two,” says Levesque. To illustrate the concept, she says an act could end with a person stealing food from a store, which the kids might say is bad. “The second act could then pivot to show that the person stole to help feed their kids, which could trigger much different reactions from the students.”

The third portion switches to a roundtable discussion on the episode’s theme. “But we will not moralize, stigmatize or in any way convey that anyone has a higher moral ground,” Levesque says.

To create the roundtable dynamic for the audience, special guests who embody the theme through personal experiences may be included, as well as physical games or activities.

Pâte Philo will also use animated clips to act as counterpoints. “Animation is a good way to add humor to sometimes dark subjects, plus we want to keep things modern, funny and youthful,” says Levesque, adding that Maki is currently looking for an animation partner.

Though the themes are being finalized, Levesque and Mendel say they will stem from standard philosophical streams, adapted and expressed in a way that’s kid friendly. They also took inspiration from the curriculum of Professor Matthew Lipman, who is widely recognized as the founder of the Philosophy for Children movement.

And despite their concerns about broadcaster interest, Levesque says when they presented the idea to TFO, the pubcaster was quick to sign a development deal. Quebec studio Prestigo Media will handle the live-action elements, and the show is expected to begin production in spring 2021.

“Surprisingly, we did not have trouble selling it, which shows the timing is right to tackle this subject,” says Levesque. “In times when opinions are so polarized, understanding nuance, developing discussion and listening skills, and being open to new ideas are as important as they are fun.”