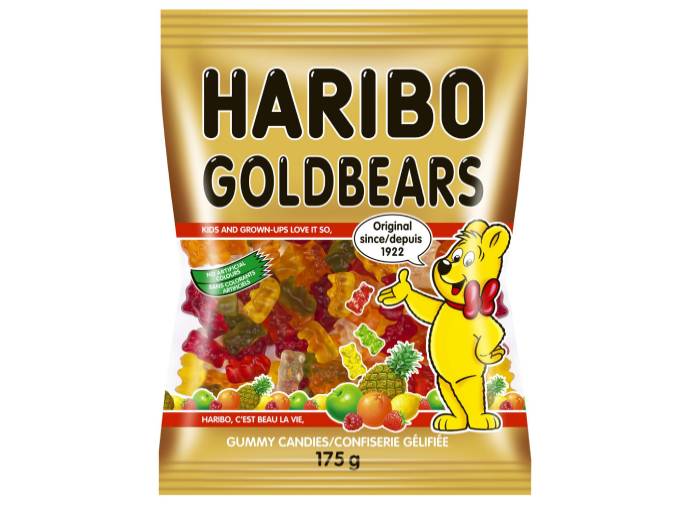 Candy licensing usually puts kids characters onto packaging, but this new deal aims to create a toy line inspired by the sweets themselves.

Ready for a sweet treat? Jakks Pacific has inked a global multi-year licensing deal to launch toys inspired by Haribo Group’s candy products. Usually, food and beverage licensing deals involve putting a cartoon character onto a box of cookies, or creating crackers shaped like superheroes. But this new partnership between Jakks and Haribo flips the script to focus on toys inspired by candy.

The deal gives Jakks the rights to manufacture, market and distribute collectibles and activities across North America and EMEA. Its Haribo range will feature items based on the German confectioner’s Goldbears, Twin Snakes and Happy-Cola brands. Founded in 1920, Haribo has grown considerably and now operates 16 production sites in 10 countries.

“We brainstormed toy ideas based on candy a while ago,” says Jakks Pacific’s SVP of marketing, Jill Nordquist. Kids love candy, of course, but the creative opportunities around sugary sweets (think colors, textures, flavors and wrappers) were particularly appealing to the Jakks team. Then Haribo’s licensing agency IMG got in touch to discuss a collaboration. “It was like the stars were aligned,” says Nordquist.

The Haribo consumer products program is scheduled to hit shelves in August 2021. Additional extensions—including figures and plush—are currently in the works.

A traditional CP program inspired by a kids show would launch items inspired by specific characters, storylines or themes from the series. With products based on candy, however, Nordquist says the Jakks team had room to explore a different approach.

“We’re treating it almost like a lifestyle brand,” she explains. Rather than working to create characters that could be easily translated into toys (but might not make sense for other products), Jakks is looking for larger themes that can be explored in multiple categories.

“We were able to pull inspiration from the candy itself, from the packaging, and also from the tone of Haribo’s commercials and social media activity. Ultimately, we’re creating something that’s quirky and whimsical.”

Packaging for the toys will mirror that of the candy, and the products themselves will wink at the brand’s history by focusing on everything from scented offerings to tactile products that call to mind the texture of gummy treats.

According to Haribo, this agreement marks the company’s first licensing effort in the US. (The brand has previously released licensed items including apparel outside of North America.) The upcoming product line is designed to appeal to candy fans of all ages, with a target demo that includes collectors as well as kids ages six and up.