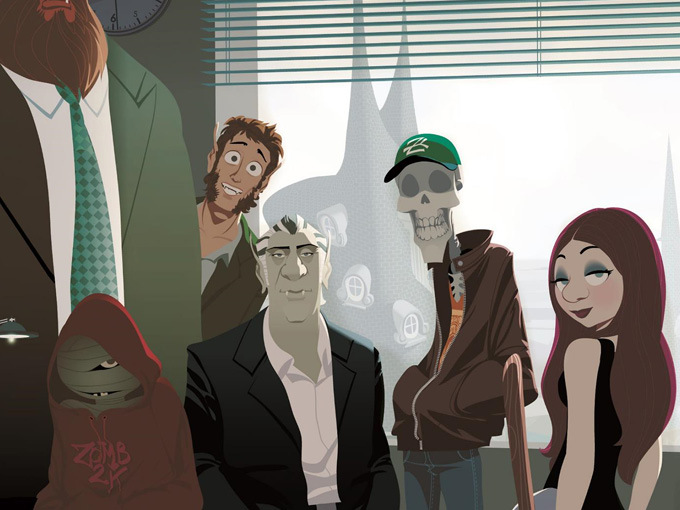 Maybe Movies' features Zombillenium and Calamity are getting the series treatment under this new deal.

French studios Maybe Movies and MaGic C are teaming up to adapt a pair of feature-length films into kids series, plus create new original content. Co-producing the projects aimed at kids ages 10 to 14 lets the studios build a slate with stronger visuals and greater international reach than could be achieved separately, according to a release.

First up on the development slate is Calamity. Set in the 19th century, this coming-of-age adventure series stars a young tween who has to grow up fast and take care of her family after her father is injured. The show will be adapted from Maybe Movie’s feature film of the same name, which won the Cristal Award at Annecy Festival 2020 and will launch in French theaters on October 14.

The second project to come out of the deal is Zombillenium—the series (pictured), adapted from author Arthur de Pins’ comic books and a 2017 feature film, also produced by Maybe Movies. The 2D/3D-animated comedy-adventure series is about a theme park run by vampires, zombies and werewolves. The companies are presenting the project at Cartoon Forum this week, and have locked in de Pins as showrunner and Sabine Hitier (who directed the film) as director.