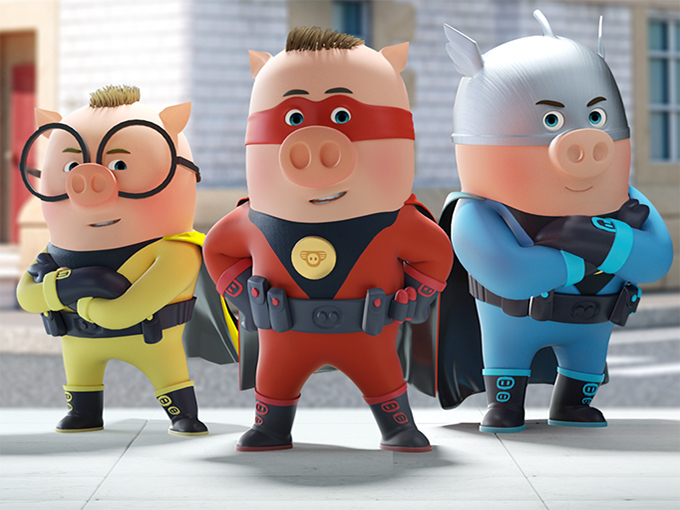 In July, Channel 5′s Milkshake! preschool block ordered Milo (52 x 11 minutes), which revolves around an adventurous cat who role-plays to explore different jobs. The series received support from the UK government’s Young Audiences Content Fund through the British Film Institute, and is set to debut this fall.

Superpigs (26 x 22 minutes, pictured), aimed at five- to nine-year-olds, retells the story of the three little pigs with a superhero twist. The pigs team up with Little Red Riding Hood to fight criminals (and the Big Bad Wolf) and solve mysteries.

Planeta Junior will financially back and produce animation for both series. The company is focused on doing more work with indie producers, according to a release. And it partnered with Fourth Wall because the studio’s approach to making content that works for both books and TV fit well with Planeta’s overarching strategy for character creation.

Earlier this year, Planeta acquired a stake in LA-based ZAG Entertainment (Power Players, Miraculous: Tales of Ladybug and Cat Noir) in a deal that will see the two companies co-produce TV and movie content. And last year, it teamed up with Paris-based Superprod Animation to produce, distribute and license kids and family shows, including Helen’s Little School (52 x 11 minutes).