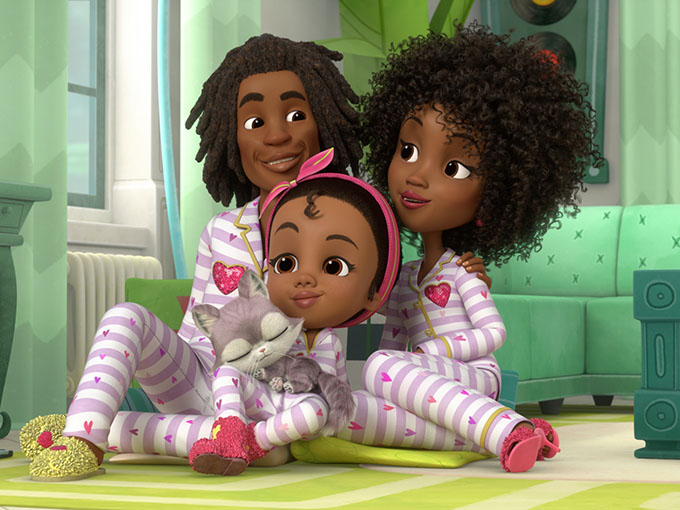 Nickelodeon pulls Made by Maddie from sked

The Silvergate Media series was originally set to air in mid-September, but was pulled from the lineup following criticisms over similarities with Oscar-winning short Hair Love.

Following online backlash, Nickelodeon is pulling Silvergate’s animated preschool series Made by Maddie (pictured) from the channel’s lineup before it even hits the airwaves.

Created by Paula Rosenthal, the 22 x half-hour series was set to air on Nick Jr. starting September 13. It was first picked up in 2018 in a 40-episode order.

Problems arose following the premiere announcement on August 31—a number of people criticized the show for alleged similarities to Hair Love, directed by Matthew Cherry. HBO Max has since greenlit a TV adaptation of the Oscar-winning short film.

Cherry himself took to Twitter to point out that both shows featured similar-looking cats.

“Made by Maddie is a show we acquired several years ago from Silvergate Media, a renowned production company we have previously worked with on other series. Since announcing the show’s premiere date this week, we have been listening closely to the commentary, criticism and concern coming from both viewers and members of the creative community,” said a Nickelodeon spokesperson.

“In response, and out of respect to all voices in the conversation, we are removing the show from our schedule as we garner further insight into the creative journey of the show. We are grateful to Silvergate Media for all of their work, [and] we hold Matthew Cherry and the wonderful and inspiring Hair Love in the highest regard.”

Nickelodeon hasn’t confirmed whether the series has been permanently pulled from its channel.

Hair Love is about a Black father attempting to style his daughter’s hair, and was funded through a 2017 Kickstarter campaign.

Made by Maddie, in contrast, is about a little girl who has a passion for fashion and pursues her dream while spending time with her fashion designer mom and musician dad.