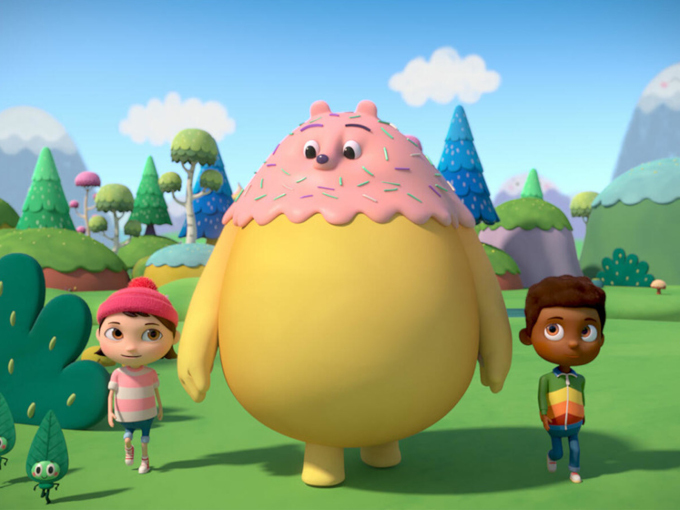 The toyco and producer are teaming up on Little Tikes' first show, while the SVOD snagged Little Baby Bum spinoff Mia's Magic Playground.

HBO Max has picked up season one of Moonbug’s preschool series Mia’s Magic Playground (pictured) for an exclusive US launch.

The series was first created with Nordic broadcaster NENT, and has already been renewed for a second season. The partnership with HBO Max marks the IP’s first US deal. The 24 x seven-minute episodes are now available in English and Spanish on the SVOD. The series is a spinoff of the Little Baby Bum nursery rhymes brand, but focuses on Mia and her two best friends who travel to an imaginary world while playing and learning together.

The deal with Moonbug is a slight shift for HBO Max, which has focused on building up a slate of original kids content rather than acquiring existing titles. It previously inked deals with writer and illustrator Mo Willems to create animated and live-action specials for kids; lined up original series like Mecha Builders from Sesame Workshop, which has an existing relationship with HBO; and commissioned Young Love, from the team behind Oscar-winning short Hair Love.

Moonbug is also growing its content catalogue and teaming up with MGA Entertainment to produce an animated series based on the toyco’s Little Tikes brand. The preschool series Let’s Go Cozy Coupe will roll out on YouTube in late September. To drum up interest in the series ahead of its launch, the show’s protagonist Cozy Coupe will appear in episodes of Moonbug’s existing series Go Buster this month.

Little Tikes and Moonbug first teamed up last year when Moonbug appointed the preschool brand to serve as master toy partner for its flagship animated series Little Baby Bum. Earlier this month, Moonbug expanded the relationship by tapping MGA as its worldwide licensing agent for the brand, with the goal of developing a consumer products program, managing licensees and launching new products through digital and physical retailers.