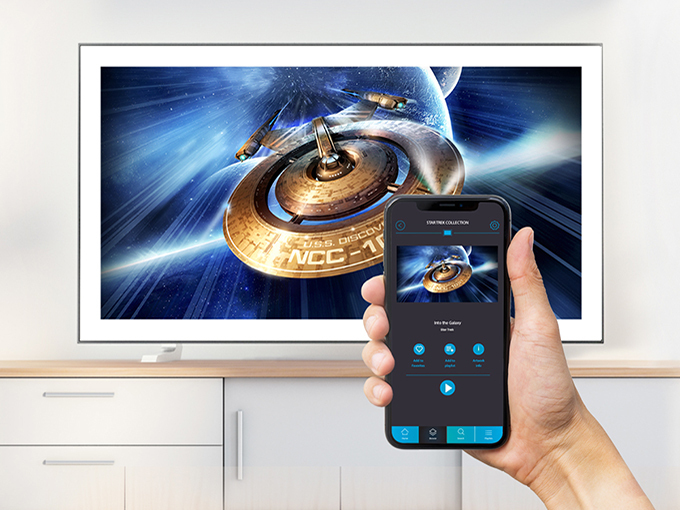 Smart TVs land some Star Trek art, Ryan gets friendly on Roku, the Care Bears fly into a new series, and Donkey Hodie turns a page with books.

The companies are producing YouTube-first show Care Bears: Unlock the Music, a 26-episode 2D-animated series featuring musical adventures of the Care Bears. Moonbug will co-own the spinoff and manage its global distribution.

Fred Rogers Productions has appointed Simon & Schuster Children’s Publishing as master publishing partner for its upcoming puppet series Donkey Hodie. Simon & Schuster will produce a range of books, including early readers, board books, pop-ups and e-book formats inspired by the show, which will begin to roll out in Q1 2022.

Inspired by characters from Mister Rogers Neighborhood, the upcoming preschool series revolves around a donkey and her pals who work together to overcome obstacles and find fun and creative solutions to problems. Fred Rogers and Spiffy Pictures are producing 40 x 30-minute episodes for PBS Kids, and the series is set to launch in early 2021.

WarnerMedia-owned UK broadcaster Cartoonito has picked up Futurum’s 52 x 11-minute animated series Paddles to launch in the fall. Paddles is the London studio’s first series, and is a CG-animated adventure for four to sevens that tracks a polar bear cub delivered to an Irish wolfhound pack by a stork. Produced with animation partner Melon in Istanbul, the show celebrates being different.

WildBrain CPLG is going where few have gone before, brokering a deal with tech company BeArty for a range of digital Star Trek-themed art (pictured) that smart TV users can display on their screens. The London-based licensing agency brokered the deal for ViacomCBS Consumer Products, which will allow smart TV owners the ability to download the art and access images from the sci-fi franchise. Star Trek has been firing on all cylinders recently, including with the upcoming Nickelodeon series Star Trek: Prodigy, which marks the first time the brand directly targeted a younger audience.