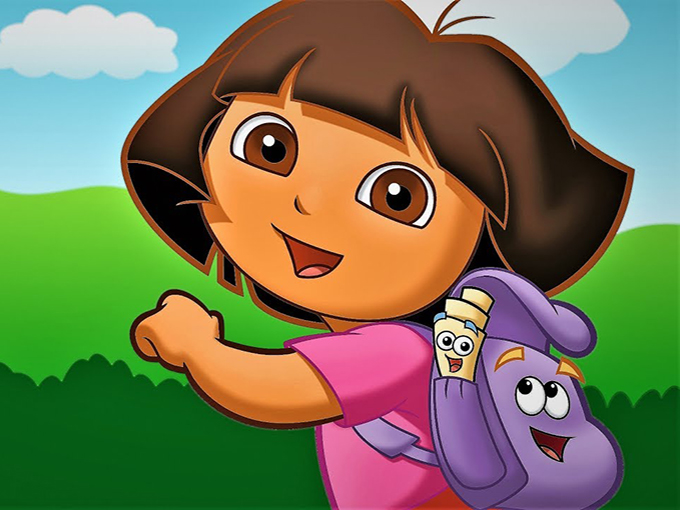 Creators need to be more specific when it comes to the identity of their characters, says Mariana Diaz-Wionczek.

When it comes to representation of Latinos in the media, the language we use to refer to different communities matters. Along with physical features and story elements, language can help validate kids’ identities. To create characters who are authentic, we need to be as specific as possible with our language.

These days, the term “Latinx” has been gaining a lot of traction when referring to people from Latin America. The term was created in the mid-2000s by activists and in LGBT circles to make the term “Latino” more inclusive to people outside of the gender binary.

The need to create the word was legitimate, but it feels out of step in today’s environment. In a recent poll from ThinkNow Research, only 2% of Latinos, usually from the younger second or third generation, identify with the term “Latinx.” What’s more, Latinx doesn’t feel like a Spanish word for native speakers. It would be pronounced “Latinequis,” which definitely doesn’t roll off the tongue.

Alternatives already exist: In Spanish-speaking countries, non-binary gender advocates use the vowel “e” to neutralize our gender-binary language. For example, people say “amigues” instead of “amigos.” Within this context, it would make more sense to use “Latine” over Latinx.

Personally, I prefer to use the terms “Latino/a.” But like many, I identify first with my country of origin—Mexico—and second with being Latina. It’s not out of the norm—when I talk with my white, non-Latino friends about their backgrounds, they don’t typically say “I’m European;” they say “I’m part Italian, part Irish.”

I worked on Dora the Explorer for more than a decade as head of education. When the show was created in 1999, there were very few Latino/a characters in children’s television. Dora was developed as “pan-Latina” to fill this gap and relate to the broadest possible audience. As a character, she helped shape many people’s perspectives about people of color as well as bilingualism. And it is because of Dora’s legacy, and that of similar characters, that we are now in a time where we can go further in how we choose to represent ethnicity. And by go further, I mean be more specific.

Many young kids might not specifically see themselves in the shows that currently depict Latinos/as. While it is true that about one in four US preschoolers watching TV at home are Latino/a, they likely identify with their parents’ specific ethnicities. It is not typically until they start preschool that they begin to find similarities with other kids who also speak Spanish at home and start to develop a feel of this broader Latino/a shared identity. This process doesn’t happen overnight—it took me 15 years after moving to the US to start to develop a Latina identity.

As media professionals, we have the opportunity to build on Dora’s legacy, and the responsibility, to put characters out there who will impact the lives of kids in a positive way. In order to do so, we need to create more characters who are rooted within specific ethnic and geographic identities. While it might seem counter-intuitive to represent a smaller demographic, ultimately it will strengthen the authenticity of the characters and allow audiences to connect with the specifics that are portrayed. And the good news is that there are at least three new preschool series in development or about to air that are getting down to the specifics of Latino/a identities either by including multi-racial casts and/or being specific about character’s country of origin—I, for one, can’t wait to see how they turn out, and how children respond to them.

Dora paved the way. And today, we need to add nuance and specificity to our characters, and validate kids’ actual lived experiences through authenticity.

Dr. Mariana Diaz-Wionczek is a multiculturalist, educator, researcher and academic. As a children’s media advisor and consultant and producer, she specializes in content development with an emphasis on diversity, representation and inclusion. She is the former head of education and research for the Dora the Explorer brand, an Adjunct Professor in NYU’s Psychology Department and a contributor to The Future of Childhood report and blog.