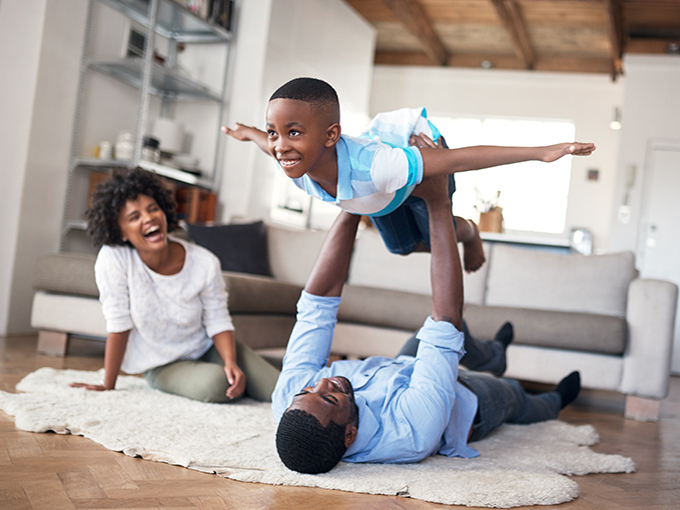 The dangers of toxic masculinity

On-screen images have a huge influence on how children see (or, in many cases, do not see) themselves represented in our culture. When kids can see themselves, it sends the message, “I must matter.”

The Geena Davis Institute at Mount Saint Mary’s University was founded in 2004 by Academy Award-winning actor Geena Davis. Her aim was simple: One of the most powerful ways to impact the issue of inequality—in all sectors of society—is to change what images people see in popular culture. If it happens on screen, it will happen in real life. Using an intersectional lens has been key to our research and incorporates six dimensions: gender, people of color, people with disabilities, the LGBTQ+ community, body type and people over the age of 60.

However, far less has been reported regarding masculinity—particularly toxic masculinity—in popular kids programming. It is the issue of “The Man Box,” an archaic view of male identity that demands men (and boys) be self-sufficient, physically attractive, act tough and stick to rigid gender roles.

In collaboration with research firm and advocacy group Promundo and the Kering Foundation, we released a new study called “If He Can See It, Will He Be It?” The report, which was conducted before the pandemic and released this summer, examines messages about masculinity in the top- 25 Nielsen-rated TV shows among boys seven to 13, drawing from a data set of more than 3,000 characters across nearly 450 episodes. The results are striking, if not unsurprising.

Our study reveals that character portrayals of men and boys continue to reinforce harmful stereotypes, including the notion that “real men” are self-sufficient, aggressive, uncaring and hands-off parents. Their identities are defined by paid labor— and not by their role as competent, involved fathers.

While we want to believe that toxic masculinity is on the decline, the reality is that 62.5% of violent actions on TV shows that target boys are committed by male characters. And it’s not just on shows popular with boys. When we look at our “See Jane 2020″ study of the top kids programs appealing to both genders, we see that male characters are more likely to be shown as violent (16.2% compared with 12.8% for female characters) and twice as likely to be depicted as criminal (6% versus 3.2%).

We also see that in more balanced programming, characters of color are more likely to be shown as violent compared to white characters (16.1% com- pared with 13.8%), which is less dramatic than it is in content targeting boys, though still concerning.

Male characters of color were also more likely than white male characters to display shame, but less likely to display emotions other than anger. This needs to change as it reinforces harmful racial stereotypes at a time when the Black Lives Matter movement has gained significant traction in communities around the globe.

Other marginalized groups, meanwhile, were virtually invisible on screen. There were no LGBTQ+ characters or characters with disabilities in leading roles in popular boys television shows, even though LGBTQ+ Americans comprise 4.5% of the population, while globally, the WHO estimates 15% of people live with a cognitive or physical disability.

According to our analysis, the typical man on TV is heterosexual, does not have a disability and is prone to violence. These portrayals stand in stark contrast with reality as Gen Z is gender- and sex-fluid, with 52% identifying as something other than straight or heterosexual. This lack of representation in kids media can fuel homophobia, and further push boys towards the stereotypical “Man Box.” It says you’ve got to be straight, strong and athletic to fit in.

When it comes to representation of females, our study found that leading characters are nearly equal by gender. It was positive to report that female characters account for 68% of speaking time and receive 57.2% of screen time. They are also more likely to be shown in positions of leadership than male characters. Together, these findings stand in opposition to the belief that boys won’t watch content featuring strong women. Instead, the research suggests that the industry’s willingness and efforts to improve on-screen portrayals so they reflect a wide range of intersectional female characters is working to dismantle negative stereotypes and change this mindset of young men.

With so much uncertainty as a result of the global pandemic, and growing anxiety the norm, kids right now are experiencing a wide range of emotions, including confusion, anger, insecurity and a loss of connection. Content creators should commit to inclusive storytelling that reflects the broader and more diverse population. They can easily: create male characters who express a full range of emotions, including love; actively depict men parenting and boys asking them for help; show positive examples of male friendships with boys and girls alike; and avoid gratuitous violence.

Now more than ever, it’s critical that we redefine and retire these stoic ideals of masculinity as boys are an important part of the new generation of hope. They need healthy role models on screen and off. Together, we can dismantle toxic masculinity for boys now and in the future.

“If He Can See It, Will He Be It?” examines messages about masculinity in the top-25 Nielsen-rated television programs among boys ages seven to 13. It examined the behavior of 3,056 characters across 447 episodes.

Madeline Di Nonno is CEO of the Geena Davis Institute on Gender in Media.