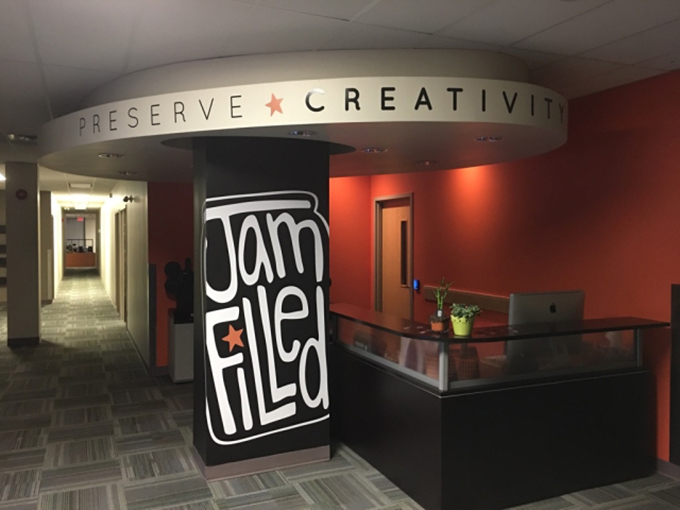 Is the future of WFH a hybrid model?

As employees shift to remote work, studios like Atomic Cartoons and Jam Filled see offices as a "home base" in the future—a place for key meetings and celebrations.

Thousands of animation employees started working from home in March when physical distancing measures went into effect around the world. Thanks to huge leaps in technology, animating an entire show away from a studio is more than doable. In lockdown, many studios have finished productions, met deadlines and even started new development projects from the comfort of their homes.

However, while this remote work has been lauded, many are asking how much longer can it last? Some believe questions about the effectiveness of WFH have been laid to rest forever—we’ve done it, we can keep doing it, what’s the problem? Others see the issues that have cropped up in the transition as proof that the model can’t work long term. And many of us land somewhere in the middle.

Kidscreen concludes its WFH series, digging into why that middle ground may the key to the future of offices.

The last several months have shown that a drastic change is possible in the animation industry. While return to office life in some form may be inevitable, animation studio heads can’t ignore the benefits of at least some at-home flexibility.

Despite having 14 shows in development, Atomic Cartoons isn’t in a rush to get back to the office. And its employees agree: In a survey of 700 staffers, teams in LA, Ottawa and Vancouver weren’t ready to return to the office, says CEO Jennifer McCarron.

Planning a return today has become a balancing act of helping employees feel safe, while solving the problems a lack of face-to-face interaction creates. To address the issue as Atomic ramps up some new shows, the studio is taking advantage of the warmer weather and organizing socially distanced meet-ups at parks.

“Even if we’re all standing in a park in hula hoops, I just don’t see any other way around it,” McCarron says. “If you have to work with a team for six months to a year, [while also working] independently, you’ve got to develop a rhythm and a shorthand [with colleagues].”

But these short-term solutions may offer long-term learnings, because even if there’s a point when the virus is all but eliminated, McCarron doesn’t see things returning to the way things were before when it comes to office usage.

The permanent solution for Atomic, according to McCarron, will be one where employees come in for important creative meetings and kick-offs (albeit likely no longer in a park), but complete the majority of work at home. That being said, the company has no plans to give up its office space.

Of its three offices, Vancouver is the furthest along in its re-opening plan. Some employees are able to come in on a voluntary basis, though less than 5% of the team is opting to return at this time.

“We’re really going to try and cater to the needs of our employees with this new flexibility,” says McCarron. “If we can create a better work-life balance for people without two hours of commuting, why not? Other people are struggling because they miss the community of being in an office. We’ll be listening to the needs of our employees and seeing it as a way we can offer something different for everyone.”

Pre-pandemic, Boat Rocker subsidiary Jam Filled was on the hunt for additional office space in Ottawa. The animation studio behind shows like Nickelodeon’s Loud House, The Casagrandes and Pinky Malinky was looking for more room for its 500-plus employee base, but when COVID-19 started to spread, studio president Kyle MacDougall put the process on hold indefinitely.

That being said, with nine shows in production, Jam Filled has had to onboard 80 new team members since March, stretching the limits of its existing footprint. And with plans to increase its workforce to close to 600 in the fall, the teams won’t be able to return to a physical location even when things are safe.

The earliest Jam Filled will bring people back into the office in any significant way will be in September at a 30% capacity.

MacDougall sees employees returning for a maximum of three days a week, at least for the foreseeable future, and the focus will be on bringing back team members who are struggling in their home offices. While it’s not shopping for new real estate any time soon, MacDougall says Jam Filled plans on keeping its current footprint.

“I think having that home base is still really important for everybody,” he says. “Especially when you want to pull people together, when you’re doing events, or you’re trying to celebrate things that you’ve accomplished.”