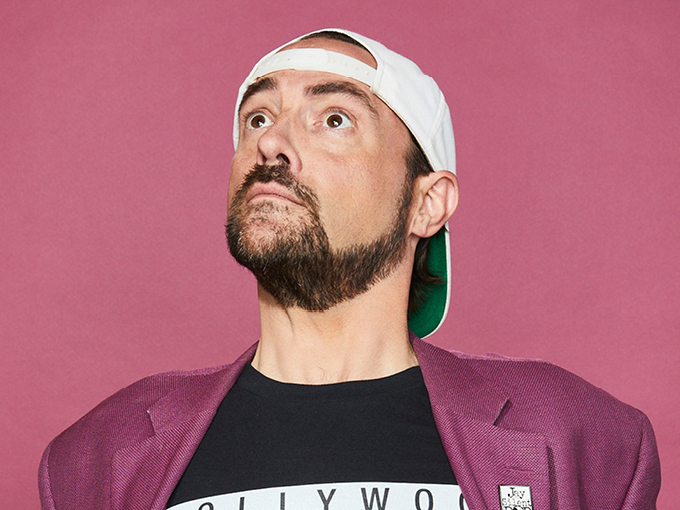 Smith will bring his "true fanboy" touch to all elements of the superhero series, the first project of its kind for the prodco, says EVP Stephanie Betts.

WildBrain is getting into the superhero game, partnering with writer and director Kevin Smith (pictured) to develop an original animated series based on the Green Hornet franchise. The new family-friendly toon will focus on adventures had by the offspring of the original Green Hornet and his sidekick Kato.

This marks WildBrain’s first adaptation of a major superhero franchise, says Stephanie Betts, the company’s EVP of content and current series. Skewing towards eight to 12s—with hopes that the show’s depth and sophistication will help it reach older audiences as well—the action-adventure series will feature a graphic 2D art style. While eps will be 30 minutes long, because WildBrain is interested in telling specific arcs, and is still exploring the right number of episodes, the studio may not stick with the traditional 26-ep order, Betts adds.

Since Green Hornet’s launch, the franchise has grown from comics to encompass toys and a ’60s live-action TV series. More recently, a 2011 live-action film grossed more than US$227 million against a US$120-million budget, according to Box Office Mojo.

“There hasn’t been a TV adaptation of the [Green Hornet] brand in decades, and that makes it right for a reimagining,” says Betts.

Smith (Mallrats, Clerks) is no stranger to family-friendly approaches to superhero-led properties. He has directed episodes of CW’s Supergirl and The Flash, and is also working with Mattel on animated series Masters of the Universe: Revelation, based on the He-Man character.

Back in 2004, Smith was tapped by Miramax to write a movie about the Green Hornet franchise, and though that project never materialized, he instead turned the story into a series of comics.

Smith’s knowledge of the property, as well as his growing experience in kids animation, made him a great fit for the show, says Betts.

“[Smith] is a walking encyclopedia of all things content, a true fanboy,” says Betts. “He has a very rich history of the franchise, and his voice will definitely be touching every aspect of the show as we go forward.”

WildBrain plans to go into production sometime in the next few months, with the tentative goal of delivery in 2022, says Betts. She’s hopeful that this partnership with Smith could be the first of many, and would like to work with him in the future.

“We’re saying that this isn’t your dad’s version of Green Hornet, but a new story about passing on the mantle and what that looks like,” says Betts. “I’m excited to tell this new story of the characters to explore new heroes taking on these roles and what that means.”