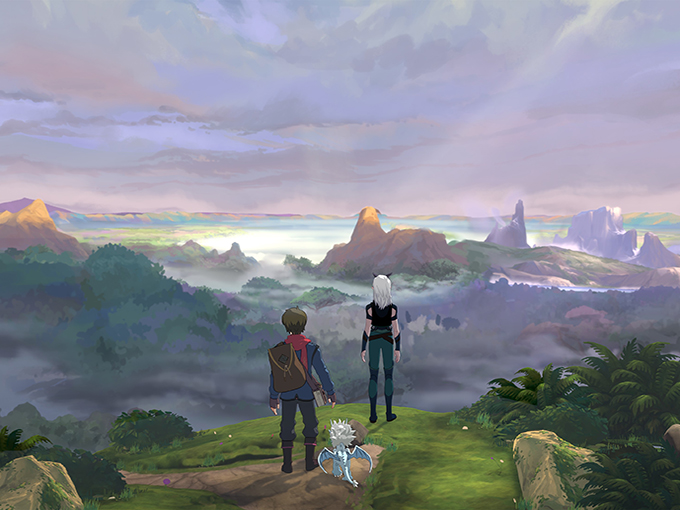 PGS soars with The Dragon Prince

The distributor will sell the second-window pay- and free-TV rights to the popular Netflix fantasy series starting in 2021.

LA-based PGS Entertainment is preparing for flight as the global distributor for Netflix series The Dragon Prince. Under terms of the deal, PGS will start selling free and pay-TV rights to the first two seasons of Wonderstorm’s animated series (18 x 22 minutes) in February 2021, with season three (nine x 22 minutes) available for acquisition next November.

Revolving around two human princes who forge an unlikely bond with an elven assassin, the show recently won the 2020 Emmy for Outstanding Children’s Animated Series.

The Dragon Prince will join titles including Bagdasarian’s ALVIN!!! and the Chipmunks and Technicolor fantasy series The Legendaries in PGS’s catalogue of animated kids fare.

The fantasy toon for six to 11s has been a real boon for Netflix so far. Besides the Emmy, The Dragon Prince is one of the streamer’s most in-demand original series, according to Parrot Analytics. And last week, Netflix greenlit four more nine x 22-minute seasons.

The Dragon Prince‘s growth is part of a larger moment that fantasy is having in the kids space. Warner Bros. Animation recently announced the adaptation of Tui T. Sutherland’s fantastical book series Wings of Fire, while Netflix made a push into YA live action with The Letter for the King.