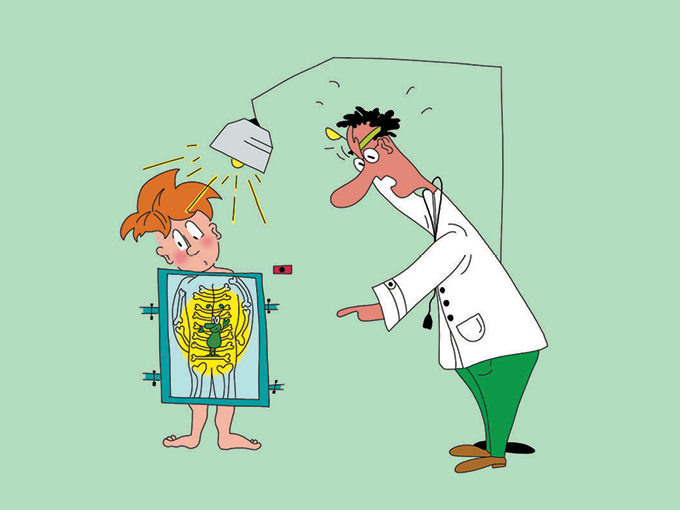 The Jasper's Giant Imagination books are making their way to the screen for the first time to tackle preschoolers’ biggest issues, says Ameba's Tony Havelka.

The books, written and illustrated by Laura Wellington, revolve around young Jasper’s adventures as he uses his imagination to make sense of, and cope with, things like getting the flu, having a loose tooth and wetting the bed. First released in 2019, with more titles launching this year, the books have been popular among kids and families, according to Wellington, although she declined to share specific sales numbers.

Ameba TV picked up the books following the recent launch of its own studio, Ameba Productions, to create content inspired by popular children’s literature. Its first slate of projects were read-along videos based on stories from author and illustrator Sandra Boynton.

Aimed at four- to six-year-olds, the Jasper’s Giant Imagination series will have four episodes, each based on a different book; they’re subtitled My Laptop Was Lonely, I’m Sick (pictured), My Tooth’s Loose and I Wet The Bed. The length of the episodes hasn’t been finalized, but Ameba will start production next month and plans to release them as they’re completed, says president Tony Havelka.

Ameba doesn’t often produce its own content, but with the new division, it’s looking to translate the pre-defined scripts and artwork of existing projects that resonate with its target audience into video, Havelka explains.

“We are always looking for great stories for kids,” he says. “[Wellington's] books talk about topics that are relevant for our audience. They are written and illustrated well, so they work for the read-along format.”

This is the first time the book series is expanding beyond the page, but not the first time Wellington has tried. She almost got a series greenlit after signing a deal in 2018 with Canadian producer Bejuba! to produce an animated show based on her books (before they were published).

That deal fell through because Bejuba! was managing a lot of other projects at the time, and wasn’t able to give the series the attention it required in its early stages, says Wellington.