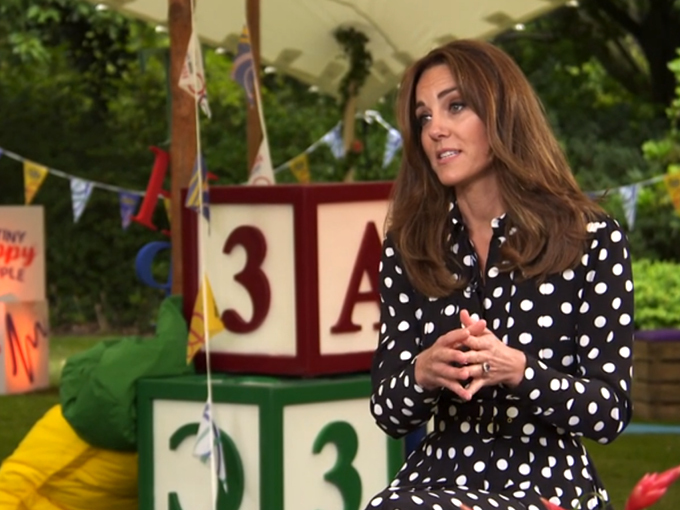 The BBC has launched a five-year initiative to support families and caregivers in developing the language and communication skills of preschoolers.

Backed by Her Royal Highness The Duchess of Cambridge (pictured), the Tiny Happy People program will roll out free online tools, activities, videos, articles and quizzes on its website to support development with under-fives. The Duchess has spoken to families using the resources and also helped develop the character and backgrounds for two animated videos on parenting, which are now available online.

More than one in four kids (27%) in England don’t have the necessary level of literacy development by the time they start primary school, and that figure worsens to more than one in three (42%) in under-served areas, according to the BBC.

“Two years ago, we reviewed our education strategy and said we would focus on improving the life chances of kids in the UK,” said James Purnell, BBC’s director of radio and education, in a statement. “The idea behind Tiny Happy People is simple: We want to improve the language and literacy development of preschoolers in the UK.”

BBC has launched 450 pieces of written and video content on the brand’s website, and its social media presence has already attracted more than 20,000 followers on Instagram (which originally launched in April 2019), indicating that there’s a demand for content supporting children’s literacy. During the pandemic, the plan is to find ways to connect parents with Tiny Happy People’s resources virtually, said Purnell. BBC is also working with healthcare professionals across the country so the resources can be rolled out as an in-person program once lockdown lifts.

A number of other celebs are also promoting the content, including actors Jennie McAlpine (Coronation Street) and Kieron Richardson (Hollyoaks), singer JB Gill and popular UK influencer Louise Pentland. As part of the initiative’s launch, the CBeebies daily bedtime stories program will feature some of these celebrities reading to kids and families.

In other BBC news, the pubcaster has picked up live-action drama First Day from the Australian Children’s Television Foundation (ACTF). Set to air on CBBC, the four x half-hour series follows a transgender teen through her first year of high school, where she has to navigate the challenges of starting in a new place and find the courage to live her authentic self. Australian pubcaster ABC ordered the series, which is based on an 18-minute standalone film of the same name, in June 2019.