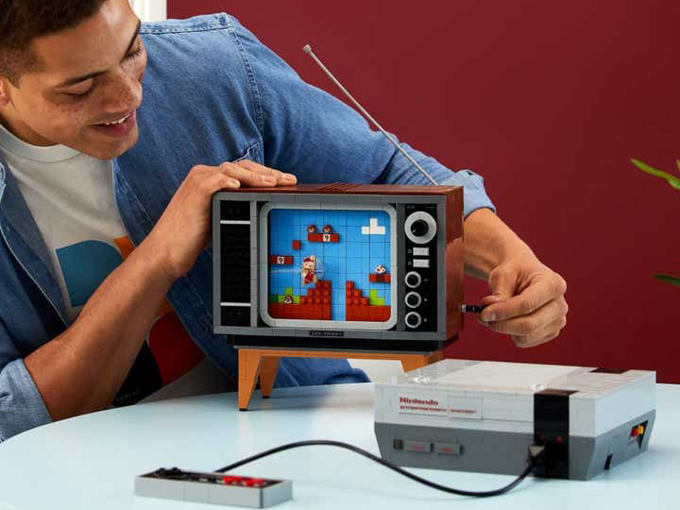 LEGO, Nintendo up their game with retro console

A functioning LEGO version of the '80s NES game console launches in August, and follows an earlier partnership on an interactive Mario toy.

LEGO and Nintendo have teamed up to produce a buildable LEGO version of the popular Nintendo Entertainment System (NES) game console. The partnership aims to tap into the nostalgia around the retro—but still popular—hardware.

The LEGO Nintendo Entertainment System Building Kit lets consumers construct a functioning console with LEGO bricks, as well as assemble a small non-functional ’80s-style TV that an animatronic eight-bit version of Mario can interact with. The set launches August 1 and will be available on LEGO’s website and at retailers worldwide for US$220.

First launched in 1983, the NES was one of the top-selling video game consoles at the time, and it has since sold more than 61 million units worldwide, according to Nintendo. The Japanese gaming company re-released the console as the NES Classic in 2016, along with its successor, the Super NES Classic Edition. Together, the systems sold more than 5.95 million units in the 2018/2019 fiscal year. In 2017, the NES Classic led hardware sales in the US as the second-bestselling console, behind only the Nintendo Switch, says research firm NPD.

This isn’t the first time the companies have put a LEGO spin on a Nintendo property. Back in March, the two companies partnered on a series of Mario LEGO sets and figures that combine digital and physical play. The sets allow animatronic Mario figurines to interact with LEGO bricks.

In other Nintendo news, Toronto’s Spin Master has partnered with Warner Bros. Interactive Entertainment on a new Bakugan: Champions of Vestroia action-adventure game exclusively for the Switch console.