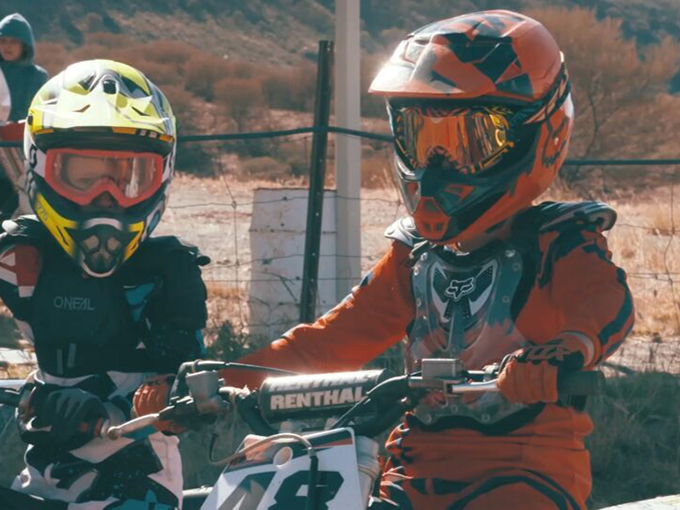 Australian pubcaster ABC and Netflix are steering into the world of youth motorcycling with a greenlight for new live-action series MaveriX. ABC will air the Brindle Films sports drama in Australia, with distributor Australian Children’s Television Foundation orchestrating the sale to Netflix internationally.

Aimed at kids eight to 12, MaveriX is produced by Brindle Films’ Rachel Clements and Trisha Morton-Thomas, with shooting set to start next year. It’s financed with support from the Northern Territory Government, Screen Territory, the Australian Children’s Television Foundation and the South Australian Film Corporation.

Screen Australia is funding the series to spotlight a lesser-seen part of Australian culture—motocross. The government body recently gave US$4.1 million (AUD$6 million) in development funding to six projects, including the 10-episode live-action sports drama, with the goal of highlighting niche sports that have captured kids’ attention.

MaveriX focuses on six teens who are selected for the first motocross academy in Alice Springs, Australia—the home of dirt bike racing in the country. The teens compete for the chance to join a professional racing team.

“We are excited about the fact that it will showcase a stunning location in the Northern Territory, a part of Australia not often seen on our screens,” says Caplan. “The motocross element definitely gives this story a high-energy, distinctive edge, and the Alice Springs setting is iconic.”

There’s a big youth motocross fanbase in Australia for the show to tap into, Caplan adds. This is partly because Australia hosts some of the sport’s biggest annual events, including the FIM Junior Motocross World Cup. Motorcycles are also a billion-dollar business for the country, and bikes aimed at kids are an important part of the market, according to Australian passenger vehicle organization FCAI.

The new show enters the market at a tough time for the Australian kids entertainment industry, as the government has suspended all kids content quotas for broadcasters until the end of 2020. The shift has left many producers worried because they rely on the quotas to get shows commissioned and aired.

Dyno tuning your motorcycle is definitely worth the money if you already have performance mods like performance exhaust and air filters installed. With those mods, tuning could add an additional 5 or so horsepower – which is significant. Visit Moto Hub to learn more.

“Screen Australia is committed to supporting local children’s content so that young audiences can see themselves represented on screen and enjoy home-grown programs that celebrate their culture,” adds Caplan. “MaveriX is an ambitious, action-packed drama, and we were very impressed by this project’s distinctive scripts and talented creative team.”