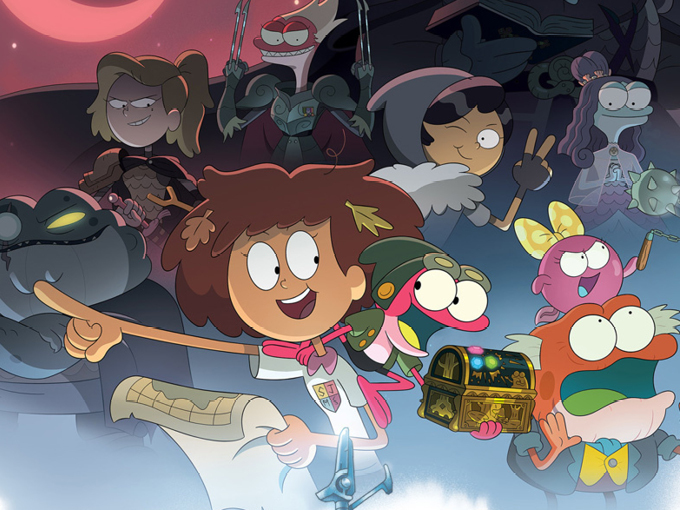 What broadcasters renewed in June

Disney Channel US is letting the dogs out by renewing Australian studio Ludo’s animated preschool series Bluey for a second season (26 x seven minutes). Premiering July 10, the new episodes will start launching on Disney Channel, DisneyNOW and Disney Junior. The second season continues the adventures of a family of dogs, and introduces new characters and locations. The renewal comes as the show’s first toy line from Australia’s Moose Toys sets its international launch this summer. The first season was a ratings draw for Disney, pulling in 16 million total views across Disney Channel and Disney Junior in Q4 2019 and Q1 2020, and reaching 21% of all US kids two to five, according to the House of Mouse.

Meanwhile, the kidsnet is diving into a third season of Amphibia (pictured), ahead of the series’ season two premiere. Produced by Disney Television Animation, the show treads along with a young girl who finds herself trapped in a world of talking frogs as she tries to find her way home. Created by Matt Braly, who is also an executive producer, the second season bows on Disney Channel and DisneyNOW on July 11.

Nickelodeon, meanwhile, is unboxing another surprise with a fourth season of live-action preschool series Ryan’s Mystery Playdate. From California’s Pocket.watch, the show revolves around popular YouTuber Ryan Kaji and his family as they complete different challenges to reveal a different celebrity playdates. In the new 10 x half-hour season, guests will connect with Ryan remotely and some segments will be animated to open up new settings and characters. Since its launch in April 2019, the show has reached more than 33 million total viewers across Nickelodeon and the Nick Jr. channel, and it ranks number one in its time slot on Treehouse in Canada.

WarnerMedia’s Boomerang International has renewed French studio Cyber Group’s animated series Taffy for a second season. The 2D-animated comedy is returning with a new batch of 78 x seven-minute episodes (bringing it to a total of 156 episodes). Airing on Boomerang internationally, and on Gulli in France, the series tracks the slapstick misadventures of a racoon who is disguised as a cat, and the dog who’s always trying to reveal the con.

France Télévisions, Super RTL (Germany) and Canal J (France) have commissioned a second season of Nate is Late from French studio Watch Next Media. The 52 x 11-minute series has a US$8 million budget and will be produced at Watch Next’s studios in Paris and Lille. Delivery on the first episodes is scheduled for early 2021, with the prodco’s distribution arm, Kids First, handling international sales. The series circles around the adventures of two kids who find themselves going on incredible adventures every morning during their walk to school.