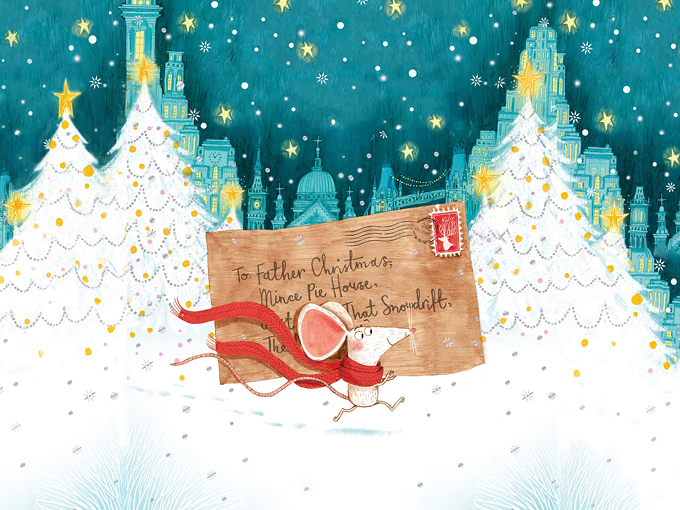 The holidays come early for the studio, as it looks to turn How Winston Delivered Christmas into a year-round brand, says CEO Deborah Thorpe.

Kelebek Media is celebrating the festive season in June, growing its slate of book adaptations with its first holiday project, How Winston Delivered Christmas. The London-based animation studio has acquired all rights to the title from Macmillan Children’s Books to develop specials and series.

Written and illustrated by Alex Smith, the book tracks a mouse named Winston as he journeys to get a letter to Santa Claus in time for Christmas Day. The book has sold 72,000 copies worldwide since its launch two years ago, according to Kelebek.

While the holiday focus and the increasing demand for festive content had appeal, the studio is looking to expand the IP beyond its Christmas roots, says Kelebek CEO Deborah Thorpe.

“We are in the very early stages of development and [director] Rob Minkoff and I want to involve buyers in the conversation about how to best develop this property,” says Thorpe. “The core values of empathy, being brave and being true to yourself feels especially relevant to the world we’re all living in.”

Minkoff (The Lion King, Stuart Little) will direct the series with Thorpe producing. There are no concrete plans for the length or format, but the long-term goal is to create an annual Christmas viewing tradition via a special, and additional post-holiday content push, she says.

“The ambition is to work with Alex and Rob to develop the characters further into a series,” adds Thorpe. “The fact that Macmillan Childrens Books has just announced the publishing plan for a second Winston book really helps with that, and Rob and I are excited to hear more about Winston’s next adventure.”

Kelebek has been building up a slate of adaptations recently, picking up all rights (excluding classic publishing) for IP Isadora Moon. The studio plans to turn the brand into a 2D-animated series for kids six to nine, with delivery set for early 2022. Kelebek is also behind original CG-animated series Wissper, which was commissioned by Channel 5 for Milkshake! for its preschool block.