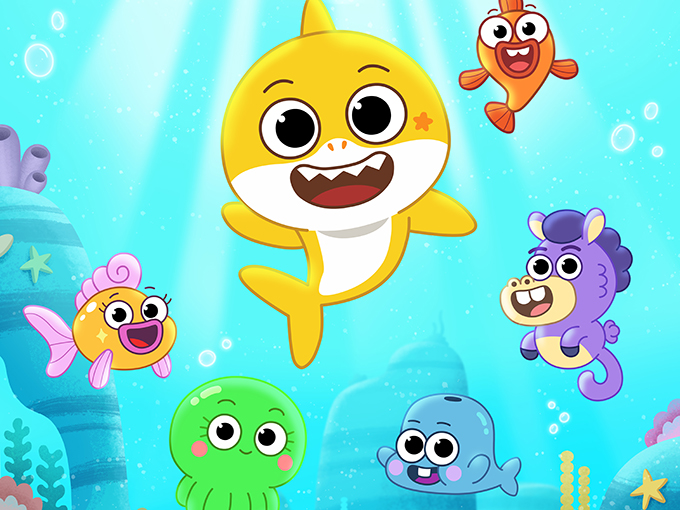 Kicking things off with a fishy holiday special this winter, the kidcaster gave the YouTube phenom a full series order for spring 2021.

Nickelodeon has officially given the greenlight to its new adaptation of Baby Shark. Animated preschool series Baby Shark’s Big Show! (working title) will be co-produced by Nickelodeon Animation Studio and SmartStudy, the entertainment company behind IP owner Pinkfong.

Moving beyond Baby Shark’s YouTube roots, the Nick series will be a 26 x half-hour 2D-animated show that follows the titular character and his best friend William as they go on adventures in Carnivore Cove and sing original songs.

Nickelodeon will kick off Baby Shark’s Big Show! with an original holiday special in December, followed by the full series rollout across preschool platforms starting in spring 2021. After the US launch, it will head to Nickelodeon and Nick Jr. channels internationally.

The series is executive produced by Gary DiRaffaele and Tommy Sica (Breadwinners), with Whitney Rails (My Little Pony: Equestria Girls) serving as co-executive producer. Production is being overseen by Eryk Casemiro, SVP of Nickelodeon preschool.

Nickelodeon first struck its content and global licensing deal with Pinkfong in June 2019. ViacomCBS Consumer Products is managing the consumer products licensing worldwide, excluding China, Korea and Southeast Asia. Baby Shark’s Big Show! is the first piece of content to come out of the partnership.

In other Nickelodeon news, preschool series Abby Hatcher, produced by Spin Master Entertainment, is headed to Netflix in July. Season one of the animated show launches on the SVOD July 1. But the first two seasons will continue to air on Nickelodeon, a spokesperson from the kidcaster confirmed.