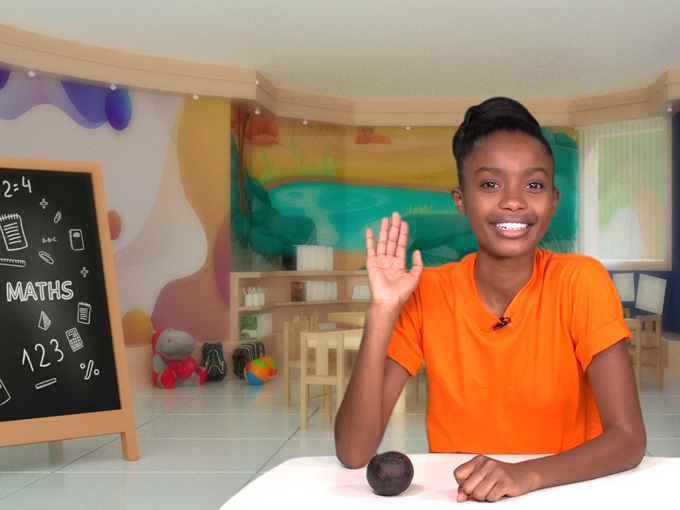 With around 20 million kids in Kenya, and little in the way of age-appropriate content being delivered to them, Nairobi-based kidsnet Akili Network saw a gap in the market to launch the country’s first-ever free kids channel.

Akili Kids aims to reach the nearly 12 million Kenyan kids under age 15 who have access to TVs (either at their homes or at community centers, schools, etc.). And it’s looking to grow with acquired, commissioned and in-house content for an underserved market, says president and co-founder Jesse Soleil.

Since launching last month, the channel substantially increased its reach in Kenya after cable provider GOtv made it available to its customers last week. Unlike paid channels operating in the country, including Disney and Cartoon Network, Akili Networks opted to go the free-to-air route to leverage the widest possible reach.

Soleil and fellow co-founder and CEO Jeff Schon say they’re launching at an ideal time because Kenya’s kids content industry is starting to take off, with local broadcaster KTN picking up more and more children’s content of late. More recently, edtech company Kukua, which has a presence in the region, started to produce an animated series after receiving US$2.5 million in new funding.

As a country, Kenya is a region for the kids entertainment industry to watch, adds Soleil, as it has a growing middle class and improving economy. Its TV market, specifically, is predicted to climb to US$416 million in revenue by 2023, up from an estimated US$360 million this year, according to market research firm Statista.

As a 24-hour channel, Akili Kids launched with around 600 half hours of programming that repeats across four six-hour blocks. Its offerings include acquisitions such as Bob the Builder, WildBrain’s Rastamouse and 9 Story’s Peep and the Big Wide World, as well as more local titles like preschool series Akili and Me from Tanzanian prodco Ubongo. It has also rolled out its first original production, a short-form series called Boom na Wabi (pictured), featuring a host who teaches basic educational concepts around literacy, math and science.

The channel is adding another 500 half hours of programming over the next three months, including shows like Sesame Workshop’s Esme and Roy and Nickelodeon’s Team Umizoomi. Akili is also producing two new short-form programs: Sokko and Friends, a puppet-led comedy series that teaches kids about health, nutrition and social-emotional topics; and Artsy Craftsy, a weekly series that challenges kids to create art projects with their imaginations and whatever they have at home.

Akili Kids does not have a set budget for acquisitions, but as revenue grows it hopes to continue adding both original and acquired content, says Soleil. He adds that it aims to roll out at least one new program each month.

Ahead of launch, the team conducted market research, finding out what content would work and for the next several years worked to get financing for the channel.

Through research, it learned that cartoons are seen as “frivolous” in the country by Kenyan families. To break through, content needs to be tied to educational outcomes to connect with parents, while kids want to see characters and settings that reflect their reality (no white-picket fences and traditionally suburban households), says Soleil. There also isn’t a lot of content for Kenyan tweens that reflect their reality, he adds—so a big focus moving forward is on producing original series to help fill a gap in relevant content for kids 10 to 14.

“There’s a lot of international content out there for tween audiences, and that slightly older demo, but very little of it travels well in Kenya,” says Schon. “We’re looking to pick up more content across demos, but also produce originals with the target of having 40% of our programming locally produced over the next three years.”

Akili Networks also created its own kids advertising policies and guidelines, which are more stringent than what currently exists in Kenya (Kenya guidelines don’t restrict having ads for sugary drinks, for example), modelling the policies after those in the US, says Soleil.

It’s early days for the channel, which is still waiting to get its first ratings numbers, but Soleil is positive that the channel is resonating with families. A recent survey by research firm GeoPoll found that Akili Kids was beating Nickelodeon in viewership, according to Soleil. Last week, the channel had around 210,000 viewers per half-hour of content, bringing its total cumulative total to 27 million viewers for the week, he says.

The team is considering growth to other markets after seeing the positive response from kids and parents in Kenya, but doesn’t want to rush into other countries in Sub-Saharan Africa until they’ve gained a sizeable audience, says Soleil.

“Launching during COVID-19 has helped us draw a lot of eyes from families that are at home,” says Soleil. “It’s saved us money on marketing, which we were able to pour into our social, and we feel like we’re already off to a solid start delivering fun and educational shows to kids.”