Created by a trio of Disney and Pixar alum, the independent organization pairs new faces in the industry with established talent.

It all started with a text chain.

As protests swelled over the death of George Floyd, Canadian Trent Correy, an animator at Disney, felt powerless. He’d donated money, and was making an effort to listen and educate himself. But he also recognized systemic issues existed in his own industry, animation. Chatting with friends Bobby Pontillas and Frank Abney (animators at Disney Channel and Pixar, respectively), the trio came up with a way of helping: an independent pool of mentors for people of color, called Rise Up.

“It’s great to show solidarity; and our studios that all the individual volunteers work at will be taking actions of their own, but what can we do as individuals?” asks Correy. “For me, coming up in the industry, just the idea of having a connection with a Disney animator or a Pixar animator, was monumental.”

The call went out on Instagram, inviting aspiring animators and designers to submit their portfolios for review. From high school students to soon-to-be university grads to folks just about ready to give up on a career in animation, more than 600 people reached out in the first week.

The trio, based in LA, couldn’t review all the portfolios alone, so they tapped their networks. More than 200 volunteers—including Disney’s Amy Smeed and Carrie Liao, Paramount’s Andy Bialk, and DreamWorks’ Carlos Puertalos—responded. (This is an independent initiative, not tied to any single employer or studio.) 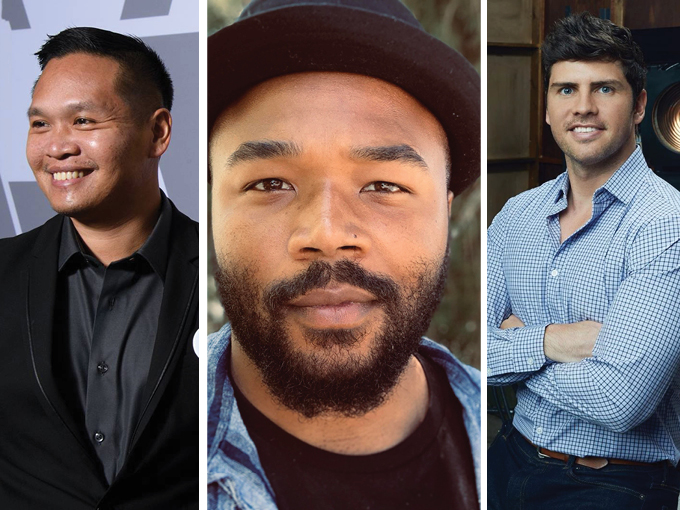 “A lot of people are just looking for direction [on their portfolios],” says Pontillas. “But there are also people who have signed up and said, ‘I don’t know if I’m fit for this. I’ve been trying. I’ve had not a lot of luck.’

“For a lot of people up-and-coming, that rejection can weigh you down, and make you feel like you’re not fit for this industry,” he adds. “To be able to have the opportunity to talk to somebody who went through the exact same thing and for them to say ‘Keep going,’ is invaluable. That’s something I could’ve used when [I was] trying to break into the industry.”

With the first batch of connections made, Rise Up Animation is turning its attention to making this a long-standing program that offers more than just portfolio review. The trio is looking at how to turn the quick-turn around reviews into longer-term mentorship programs that don’t overwhelm the volunteers, though, with the program being less than a week-old, there are no concrete expansion plans in place yet.

The end goal is to grow the animators network even further, creating a system that helps funnel new talent into the industry, says Correy, likening the aims of Rise Up to the work being done by Women in Animation.

In the short-term, Pontillas stresses that the lines are still open and that BIPOCs are welcome to continue submitting their portfolios for review. Rise Up is also still growing the network of volunteers who can work with participants.

“[We want to] give the opportunity for people of color who wouldn’t necessarily have those resources day-to-day,” says Pontillas. “[We're saying], ‘Hey, I see you, I stand with you, we support you,’ but also ‘Meet this person who’s an amazing person/artist that I work with. Let’s start a conversation.’ It’s that simple.”