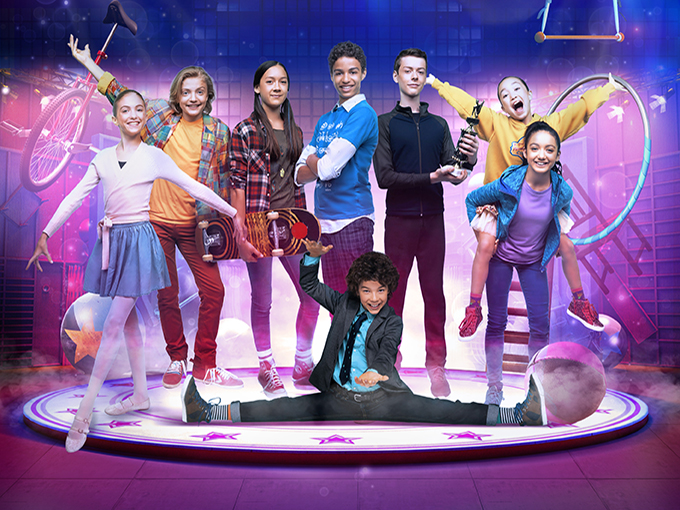 Apartment 11 will begin shooting the show at the end of this month following COVID-19 production guidelines, including social distancing, and shooting in public spaces, Big Top Academy: School’s Out Edition (26 x 11 minutes) is a spinoff that sees the young circus artists of Big Top Academy (pictured) stay connected digitally over the summer. Like the original, which focuses on a group of aspiring circus performers, School’s Out tracks the kids as they their summer competing at their school’s online newspaper for the top position, while showing off their circus skills and solving mysteries. The eight-to-12-skewing series is filmed at the actor’s homes, and in public places, including parks and beaches.

Pop TV picked up the original series in February, which has been a ratings success, according to a statement from Sony Pictures TV’s UK director of kids networks, Craig Hunter. Since his promotion in June 2019, the channel has been acquiring shows from well-known companies, including Toei Animation’s Dragon Ball Super, Entertainment One’s Cupcake & Dino: General Services and Cyber Groups’ Sadie Sparks and Gigantosaurus. The channel is going to air season two of Big Top Academy next month, according to the companies. Commissioning the new spinoff is a shift for Pop TV, since the kids channel tends to sticks to acquiring larger existing brands, and doesn’t often commission new shows.

Cirque de Soleil, which partnered with Apartment 11 to produce Big Top Academy, will stream Big Top Academy: School’s Out Edition through its CirqueConnect content hub Cirque de Soleil launched the platform in March to tap into the stuck-at-at-home audience, it features family-friendly content from the company’s various performances and offerings. TVOkids and Cirque will is also no release date for when TVOkids and CirqueConnect will air the new show in September or October, with the exact date yet to be announced.

Big Top Academy is among the most recent kids content to pivot its filming during the COVID-19 pandemic, with Nickelodeon giving the greenlight to remotely-filmed shows Group Chat: The Show (working title) and Game Face in May. While Canadian pubcaster CBC Kids, and Belgium prodco Sputnik Media shifted their production teams to create shot-from-home content that would reflect kids new reality.