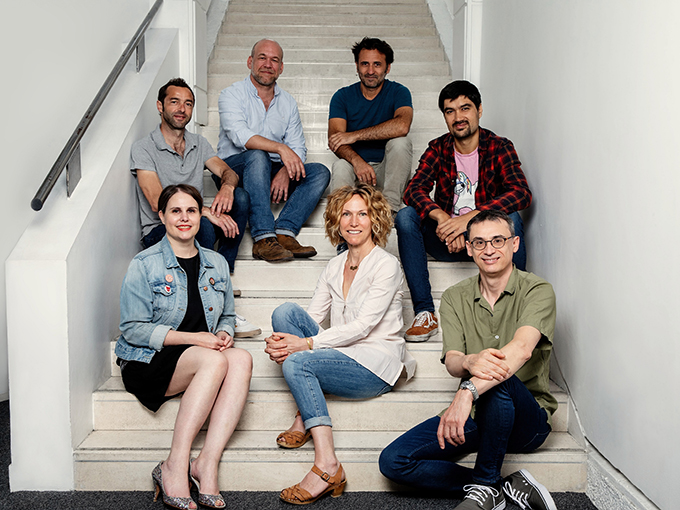 With a focus on flexible and agile CG animation, Hue Dada! already has a new series for three to fives in the pipeline.

Based in Paris, Hue Dada aims to provide CG animation that is more flexible in terms of techniques and creativity, more agile and more collaborative, says Ramos. Hue Dada will use a new-generation production pipeline, which was tested at Studio 100 Animation (and won the Autodesk Shotgun award at SIGGRAPH in 2019) but has now been optimized by Hue Dada! Productions. It allows VR operators, storyboarders and directors to interact in real time so that all departments along the creative chain, from concept to post-production can collaborate on one project.

There are currently 15 people on staff working on both service projects as well as original IPs.

First up is the studios own IP, Blackboard Monsters, a series for three to fives in development. The studio is also working on a series for eight to 12s about French baking with the participation of a famous pastry chef. And finally a series of short formats for adults in co-production with a stand-up comedian.

So far, it has worked on a few service projects, including a Maya the Bee TV commercial for Lidl Slovakia in partnership with Studio 100. It also made interstitial Les Hoofs broadcast on France’s TFOU this summer.