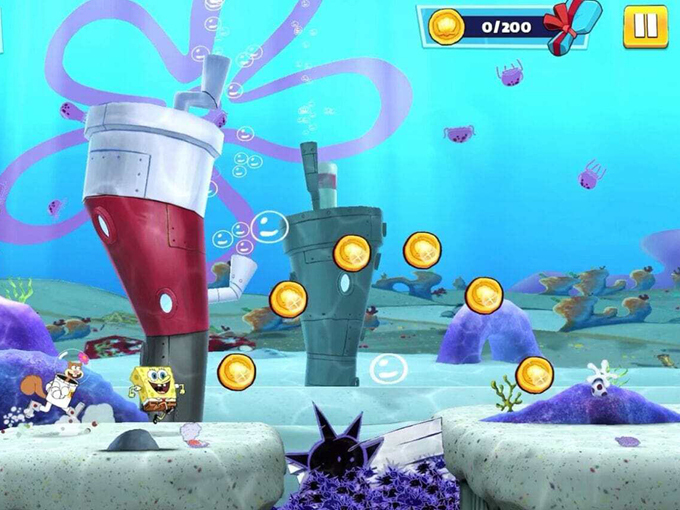 SpongeBob swims into a new game, distributors score in Canada, and Novel Entertainment gets horrid with a feature-length special.

Netflix is up to something horrid, picking up UK studio Novel Entertainment’s 45-minute Horrid Henry’s Wild Weekend special to stream starting June 6 in the UK. Revolving around a young troublemaker who has to learn to work with a team to win a contest against his nemesis, this is Novel’s first animated feature-length special for the brand. Netflix is already streaming the brand’s five-season 250-episode animated series in the UK and Ireland. UK kidcaster CiTV commissioned the series originally.

In the action/adventure game evil genius Plankton tries to steal the infamous Krabby Patty formula by kidnapping SpongeBob and his friends.

Available through the App Store, it costs US$4.99 a month. Launched in September with more than 100 exclusive games, new games for kids and families are added every month. Its kid-skewing offerings include a mix of indie titles as well as properties from big brands, such as Lego Brawls and Sonic Racing.

This is the first time the series will be available in Canada. Under the deal, seasons four to seven will be available exclusively as part of WOW!’s curated kids content section on Crave. The SVOD also picked up 10 episodes of Moonbug’s preschool series Little Baby Bum and My Magic Pet Morphle to be made available this summer.

Australian distributor Fred Media has acquired two new kids series from Australia’s Nine Entertainment, and already secured deals for one of them with a number of international broadcasters. First up is live-action series Brainbuzz (197 x 30 minutes), which centers on a team who answer frequently asked science questions, and conduct hands-on experiments in this blend of comedy and learning. New broadcasters to board the series include ABC Australia and Hong Kong Cable Television, which snagged 52 episodes of the series.

Beyond Kids, the kids entertainment arm of London-based Beyond Distribution, has signed deals with North American streamers for a trio of series. Canadian-based VODs Kidoodle.TV and Ameba have both acquired Open Mind Productions’ animated series Numberjacks (66 x 15 minutes), Dot To Dot Production’s Get Squiggling (50 x 15 minutes) and Pacific & Beyond and Scrawl Studios’ Milly Molly (26 x 30 minutes).

Aimed at kids four to eight, Milly Molly is about the friendships and adventures of two different friends who learn different skills and responsibilities every episode. CBeebies commissioned preschool series Numberjacks, which revolves around 10 small superheroes who help kids solve problems while teaching them math skills. The kidcaster also commissioned mixed-media series Get Squiggling!, an educational series about an artist who builds the world around them in a show that blends puppetry, live-action and animation.

French distributor PlayBig, a division of prodco Something Big, has secured a deal with South Korean broadcaster EBS for Aeroplane and Riki Group’s animated series The Fixies. The 156 x six-minute STEM-focused comedy centers on a young boy’s misadventures with magical creatures that use their smarts to solve problems. Aimed at kids five-to-eight, the CGI-animated series is owned and managed by Russia’s Riki Group and produced by Aeroplane.

Former Planet Nemo president Frederic Puech launched PlayBig last June. The distribution company has a focus on Asia, while Something Big creates its own IP, provides service work, and plans to produce animated films and TV.