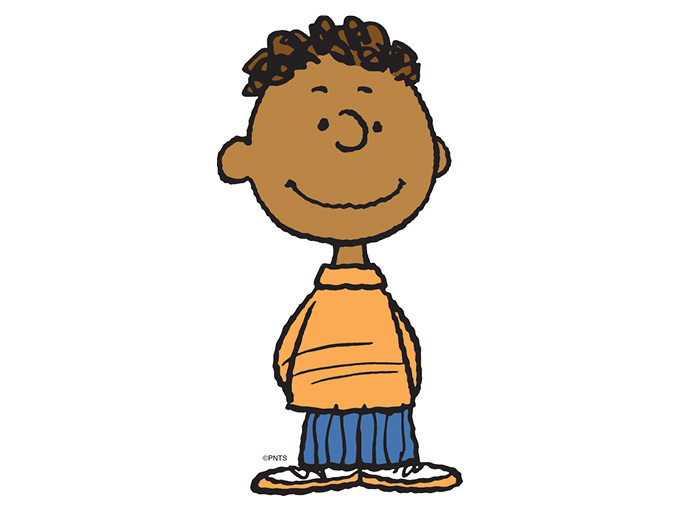 How to move beyond tokenism in kids TV

With kids watching more content than ever, the industry should consider how it can create a more diverse on-screen landscape, writes Kevin Clark.

In April 1968, Harriett Glickman, a mother and former school teacher, wrote Charles Schulz to encourage the addition of a Black character to his “Peanuts” comic strip. The story of Glickman’s interactions with Schulz were recounted upon her death in March of this year. Schulz liked the idea but had reservations. He worried how a Black character would be received.

This was not the first time Schulz had considered questions concerning racial diversity in comic strips.  A few years prior, he had discussed the issue with African American cartoonist Morrie Turner, whom Schulz had mentored. Schulz encouraged Turner to create a comic strip with diverse characters. Turner’s first attempt, Dinky Fellas, featured all-Black characters. Unfortunately, only one daily newspaper published it. In 1965, Turner changed the strip’s name to Wee Pals and added white characters. It became the first American syndicated comic strip featuring diverse characters.

Ultimately, Schulz took the step in July 1968 to add a Black character, Franklin Armstrong, to the already popular Peanuts gang. Schulz got some pushback, but also cheers.

What Glickman, Turner and Schulz did meant a lot to Black people. I applaud their vision and courage. More than 50 years later, we need the same level of courage to move media forward for all children, beyond what was done in 1968.

When my kids were growing up, it was challenging finding content for my daughter with authentic, high-quality images of Black girls. I was also frustrated seeing my young son with such a limited menu of children’s television shows which portrayed someone like himself as the main character.

With schools closed because of COVID-19, some children are spending a lot of time watching television at home. Think about what they are seeing.

There are still not enough authentic, multi-dimensional characters representing diverse perspectives in children’s media. I want children who are rich and poor, of all hues, of all faiths to see themselves in the media they consume. I want the media that children consume to help them understand others who don’t look or sound like them, who have different cultures, religions or economic status. Every child should internalize the idea that all things are possible for everyone, before broader societal narratives lead them to a different and intractable conclusion. To make this happen the aperture of the various media groups must be widened.

These aren’t new ideas. Indeed, many of the ways in which we need to widen the media groups have been oft discussed. But they bear repeating as movement is still lacking.

Move away from tokenism and embrace the culture. Too often a group of characters are put together simply to show diversity. It leads to flat characters. Giving a character an ethnic name, mentioning she celebrates Ramadan, or coloring her tan does not lead to a relatable experience for children. The characters must have accurately portrayed issues, customs, dialogue, and emotions that lead the viewer, no matter who they are, to a visceral connection. An example of this is the Oscar Award-winning animated short film, Hair Love, which is beautifully conceived and resonates with multiple audiences.

Believe that with quality work, the audience will come. There is a pervasive fear in the industry that there will not be enough viewership, nationally and, many argue, internationally, for work that features ethnically diverse characters or issues. The national and international demographics suggest the viewers are there. Generation Z, makes up 32% of the world’s population, and is the most ethnically diverse in history. According to PEW research, nearly half (48%) of Gen Z identifies as racially or ethnically diverse. And they have an estimated purchasing power of US$44 billion annually, according to the National Retail Federation. What’s more, shows that feature authentically diverse characters are not only for people who belong to that particular group, but are for all people—if the work is well done.

Enlist a diversity of writers, producers, animators, voice talent, and creative execs to develop and green-light, authentic shows that enrich everyone. In addition to inclusive writer’s rooms, crews, and characters, inclusion needs to exist at all levels of production and decision making. Creative executives are heavily involved in decisions that may lead to shows being greenlit and/or receiving the resources needed to be successful.

Examine the entire slate of offerings in light of the world’s changing demographics. Make sure the suite of media offerings represents the demographic realities of what children, their families, and communities really need and care about in a global context. To that end, children’s media should provide opportunities for children to see themselves and their communities, while also being exposed to and learn about the lives, customs, and perspectives of others.

Let’s thank Harriett Glickman, Morrie Turner, Charles Schulz, and Franklin for a great start. Now let’s move beyond Franklin. I think they’d all be proud to be the initiators of a bigger legacy.

Professor Kevin Clark, who was honored by the Obama White House as a STEM Access Champion of Change, is director of the Center for Digital Media, Innovation and Diversity at George Mason University. He has conducted Gates-funded research on the digital lives of African American tweens, and written blog posts, magazine articles, and a book chapter entitled “Seeing is Believing.” In addition to being deeply personal, the sentiments of this article are a result of his extensive experience as a children’s media consultant, where he provided diversity and inclusion expertise on scripts, character designs, storylines, animations, interactive games, audience outreach strategies, podcasts, and toys for organizations like: Public Broadcasting Service (PBS), Corporation for Public Broadcasting (CPB), Cartoon Network, Jim Henson Company, Fred Rogers Productions, WildBrain, Disney Junior, Toca Boca, Hasbro, Mattel, Facebook, YouTube Kids, Netflix, Amazon Studios, WGBH Kids, Nickelodeon, and Pinna.