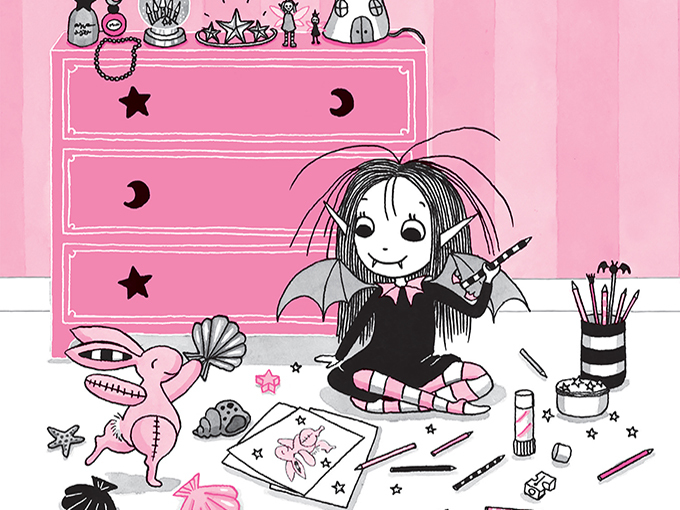 London-based animation studio Kelebek Media (Wissper) has optioned the rights to book series Isadora Moon with the intention of turning it into an animated series for kids six to nine. The studio picked up all the rights (excluding classic publishing) for the brand in its deal.

The 52 x 11-minute show will share the same name and follow the adventures of a young woman who’s half vampire and half fairy. The 2D-animated series is now in development, with production scheduled to start later this year and delivery planned for early 2022.

A unique look, a character that connects with the target demo, and a large existing fan-base were all motivating factors behind why the studio optioned the rights, says Deborah Thorpe, CEO of Kelebek.

“Kids engage with the property because they see themselves in Isadora and her struggle to fit in and accept herself,” says Thorpe. “It also resonates with parents and caregivers because Isadora’s a relatable role model, and the books offer a positive depiction of a blended family.”

The property’s pink and black color palette reflects how girls in the demo often like being the perfect princess, but they also have another feistier side to them, says Thorpe.

UK author Harriet Muncaster writes and illustrates the books, which have sold more than 1.2 million copies worldwide and been translated into 30 languages. A new title, number 13 in the ongoing series, will be published by Oxford University Press this October. First published in 2016, every new title outsells the last, which indicates a growing demand, says Thorpe.

Beyond book sales, fans of the series have taken to making their own art, costumes and role-play experiences based on the titles. That sort of fan-engagement tells Thorpe there’s a hunger for more content, and a space for the animated series.

In bringing the book to the screen Kelebek is working closely with Muncaster to make sure the show aligns with the author’s vision for the property. Before the show is completed, Kelebek will create short animated clips featuring the characters to drum up fan-interest. The first of these is planned to launch this summer on a new Isadora Moon YouTube channel that the studio will manage.

Kelebek is already in discussions with commissioning broadcasters, and there’s been a positive response to the property so far, says Thorpe.

“We’ve been building up our development slate over the last year, and after our success with preschool series Wissper we knew we wanted a show for six-to- nine-year-olds,” says Thorpe.