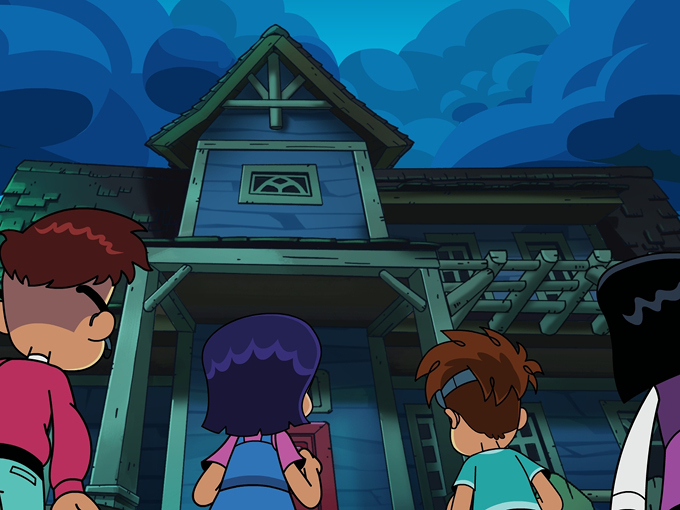 Nick's Noggin grows its library for LatAm, tinyBuild gets into the TV game, and BBC scratches a science Itch.

The prodco also sent Justin Time (74 x 11 minutes) to Tencent (China), Youku (China), TVB (Hong Kong), and AFRTS (US Armed Forces), which have have picked up all three seasons of the series. The show has previously aired in more than 138 countries worldwide, and is about a young boy who travels on larger-than-life adventures through history with his imaginary friends.

Miami-based distributor Spiral International has secured a pan-regional deal with Nickelodeon Latin America for  Cloudco’s CGI-animated series Tinpo. Starting in August, Nick will bow the 78 x seven-minute preschool show in Spanish and Portuguese on streaming app Noggin. Commissioned by CBeebies, the series is a co-production between Cloudco, Dentsu, OLM and is produced in association with Sprite Entertainment.

ABC Commercial, the distribution arm of Australian pubcaster ABC, has sold UK broadcast rights for tween-skewing action-adventure series Itch to the BBC. BBC will air the series on children’s channel CBBC, but no air date has been set yet.

In the live-action show, a science-obsessed teen starts out on a quest to collect all of the elements on the periodic table. Based on an eponymous children’s book series, Australia’s Komixx Entertainment is the producer behind the 10 x 30-minute show.

Meanwhile, APC Kids has sold the first two seasons of CTC Media’s preschool property KID-E-CATS to RTVE in Spain. KID-E-CATS is based on an original series owned and managed by CTC Media and Studio Metrafilms produces the popular preschool series. The show is set to air on its kids channel TV Clan starting May 25. The 156 x five-minute 2D-animated series revolves around three cats who work together to solve problems and learn life lessons. Nick Jr. previously picked up the series to air internationally in more than 170 territories.

Developed by Russian video game studio Dynamic Pixels, the six- to-12-skewing survival/horror property creeps along with kids trying to solve the mystery of a scary old neighbor. The game has sold more than three million units on consoles, and been downloaded more than 25 million on mobile. The property has also expanded into a book series, with its four titles selling more than three million copies worldwide.

Animasia has already produced a pilot for the in-production 10 x 20-minute series, which it released on tinyBuild’s YouTube channel (310,000 subscribers) last month and which has already racked up more than 11 million views. The studio is looking for broadcast and streaming partners for the 2D-animated series.