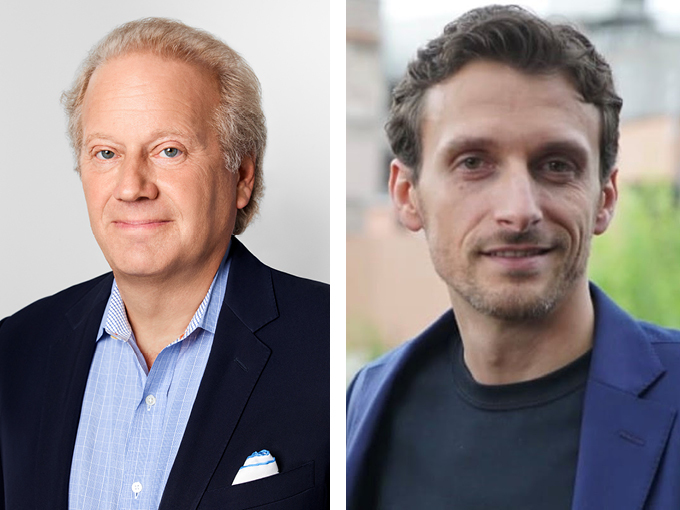 ViacomCBS is shaking up its corporate level execs with a couple of new appointments. On the distribution side, it has appointed Dan Cohen (pictured, left) as the president of the ViacomCBS Global Distribution Group, replacing longtime exec of 20 years Armando Núñez.

Cohen will take on the role in June, and in his new position he will be the top global distribution exec for the company. He will be responsible for monetizing ViacomCBS’s portfolio of original content, as well as the programming from all of its studios and brands, including Nickelodeon.

Cohen has served as the president of global content licensing for the company since the merger in December 2019, and was then in charge of all licensing for ViacomCBS-owned programming to third-party platforms. He also led the licensing teams in growing distribution opportunities.

Prior to joining the conglom, Cohen served as the president of worldwide home entertainment and TV distribution for Paramount Pictures. He joined Paramount in 2017 as the president of worldwide TV licensing. Prior to working at Paramount, Cohen spent 20 years at Disney as the EVP of pay TV and digital sales for home and entertainment and TV distribution, for the Walt Disney Studios. While there he distributed Disney, Pixar, Marvel and Lucasfilm properties worldwide. He was also behind Disney’s exclusive, multi-year deals and licensing agreements with Netflix and Starz.

Núñez meanwhile, is transitioning into an advisory role at the company. He worked at CBS for 21 years, and in that time he helped build the CSI, NCIS and new Star Trek TV franchises. He also led CBS’ acquisition of Network 10 in Australia and oversaw CBS TV Distribution. He joined CBS in 1999, and worked in a number of senior exec roles while there. Before joining CBS, he held leadership oles at Universal International Television, and Viacom.

On the network side, ViacomCBS Networks Americas has tapped former Netflix director Marco Nobili (pictured, right) for the newly created SVP of strategy and emerging business role. Nobili will lead the company’s developing strategy for products as well as its OTT business, including Pluto TV, Noggin and Paramount+, in the region. He will also manage business intelligence operations across North and South America, including researching and analytical functions for programming, streaming and data.

Based in Mexico City, he will report to JC Acosta, the president of ViacomCBS Networks Americas. Previously, Nobili was the director of product innovation and original launch strategy for Netflix in Spain and Latin America. He worked there for several months, identifying long-term opportunities and overseeing content launches. Before that he worked at Amazon for four years in various roles, most recently as the country manager for Amazon Prime Video on the business and marketing side for Mexico and Spanish-speaking Latin America. While there, he launched Amazon Prime Video in the region and managed marketing, customer growth, content and distribution.

In other ViacomCBS news, the company has teamed up with Idris Elba (Zootopia, The Jungle Book) to launch a virtual benefit concert to raise funds for food and health assistance in Africa. Hosted by Elba, ViacomCBS Networks Africa will launch the “Africa Day Benefit Concert at Home” via the MTV Base Africa YouTube channel on May 25, before airing it on the network’s channels in the country.

Musicians and celebrities from across Africa will make appearances, alongside performers including rapper Ludacris, and actor Trevor Noah. All funds raised from the concert will be donated to UNICEF and the UN World Food Programme to support their work helping COVID-19 affected communities in Africa.