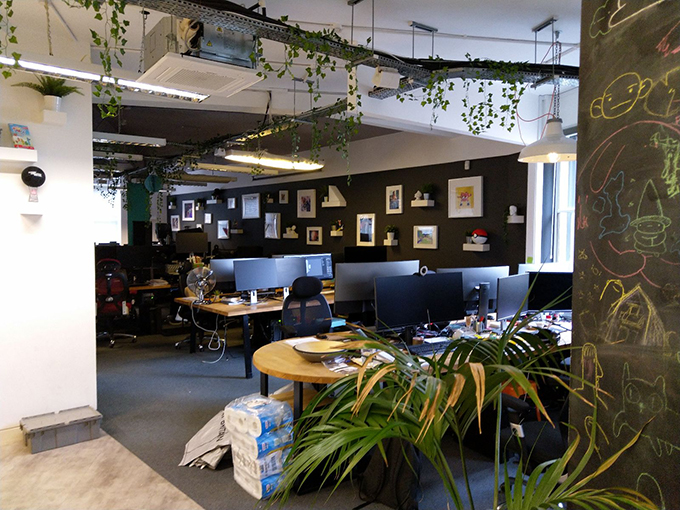 Hiring in a pandemic

While some studios have had to close up shop as a result of COVID-19, Blue Zoo has to hire 100 new employees in the next six months, and the company is trying to help furloughed creatives in the process.

The universal sentiment that this is a bad year for the entertainment industry, just doesn’t jibe with what UK-based studio Blue Zoo is experiencing. In fact, despite nationwide lockdowns in the UK, the studio is hiring.

Blue Zoo, which when it went into lockdown with a staff count of around 200, is looking to add 300 more people to its roster over the next six months. The hiring spree is a direct result of two new commissions at the end of March when lockdowns began.

“We were absolutely over the moon for that to happen [especially] when we thought any decision making would be indefinitely postponed,” says co-founder and managing director Tom Box.

On top of the new shows, which Box can’t go into detail about, Blue Zoo is also working on It’s Pony and The Adventures of Paddington (both for Nickelodeon), and doing service work on Magic Light’s newly commissioned series Pip & Posy for Channel 5′s preschool block Milkshake!

In order to staff these projects, Blue Zoo has had to get good at hiring virtually…and fast. Typically, Box and his team would be hunting for talent at conferences and festivals, as well as setting up job fairs. But, with the spate of conference cancellations, (Annecy International Animation Film Festival, for example is usually a big place for recruitment and was cancelled this year), it Blue Zoo has created a new program called AnimDojo, to help people in the animation and VFX industries improve their skills and land new jobs.

Beyond networking and skill practicing sessions, AnimDojo has an employment section for job vacancies, showreels and virtual pitches (where prospective employees can pitch themselves to employers), which BlueZoo is mining to build its talent roster.

Interviews are being handled on Zoom and portfolios reviewed virtually, which Box says isn’t that different than how the process was done before. The biggest change in the process now, is onboarding.

Since Blue Zoo is hiring so many people over the next six months, the HR team is grouping start dates so that many of the new hires will have the same first day and join them together in welcome Zoom calls. This helps create a shared experience for a virtually distant team.

“It’s rethinking how we can not just mirror what went on traditionally, but build on it and make the studio better for after all of this is over,” says Box.

To fill some of those gaps Blue Zoo is also turning to the wider industry, hoping to pick up some short-term contractors from the furloughed employee pool.

“[Their employers would] much prefer them to go and work at another studio for a bit instead of being furloughed, sitting at home looking at the wall, which obviously can have negative effects to anyone,” says Box.

Yet, even with these efforts, Blue Zoo is having a hard time filling some of the more senior roles, which Box says is a common issue. However, the pandemic has provided Blue Zoo with a unique hiring opportunity. Usually the company requires that everyone it employs be based in London and able to come into its office. But now, with work-from-home measures proving successful, it is looking further afield, and recently hired an animator in Iceland, which Box says he never would have done previously.

Moving forward, some of the COVID-19 hiring practices will filter into the studio’s post-pandemic office culture, says Box. His team, especially the HR division, are looking at using this situation to improve the previously existing diversity and inclusion initiative, so he expects the global hiring trend to continue.