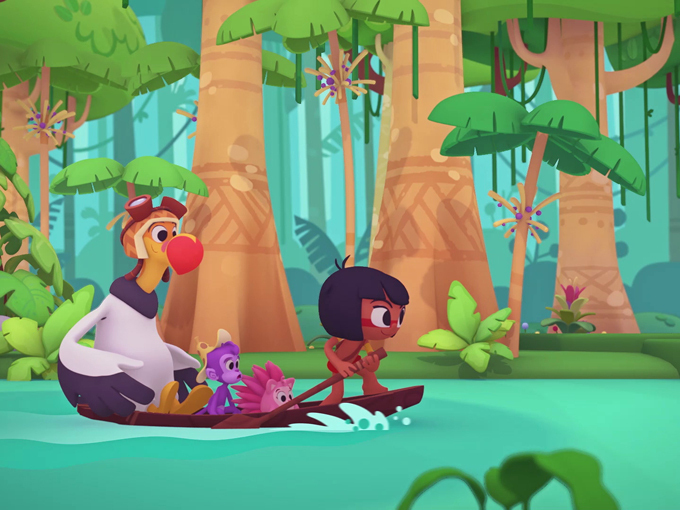 Building up its LatAm-made kids slate, the SVOD has snagged Tainá and the Amazon's Guardians from Hype, Sincrocine and ViacomCBS.

Growing its Latin America-made content slate, Netflix has picked up animated preschool series Tainá and the Amazon’s Guardians to stream in the region.

Produced by the Brazilian studio Hype Animation, live-action film producer Sincrocrine, and ViacomCBS, the 3D-animated preschool show aired on Nickelodeon and Nick Jr in LatAm in 2018. Part of the growing number of environmentally focused kids shows, the 26 x 11 adventure follows a young Indigenous girl of the Amazon, and her animal friends who protect the forest.

Created by Pedro Carlos Rovai and Virginia Limberger, it received funding from Brazil’s government film support agency Ancine and the local Sectorial Audiovisual Fund, which backs domestic media production. France-based Dandelooo is the global distributor. The show is an adaptation of Sincrocine’s trilogy of live-action films about the titular character.

Hype has been building up its production capabilities, recently teaming up with LatAm studios PunkRobot (Bear Story) and Red Animation to form the new studio Los Amigos, with a shared pipeline on all projects. The first project to come out this is the preschool series Guitar & Drum for Disney Channels Latin America. The upcoming 52 x five-minute series revolves around the adventures two friends have with other musical instruments in a small town.

In the last few years, Netflix has been slowly building up its local kids content efforts in LatAm, by picking up 2D-animated series Lottie Dottie Mini from Brazil’s Bromelia Productions to stream across the region. Netflix also picked up two seasons of Brazilian company Birdo Studio’s co-pro with eOne Cupcake & Dino.