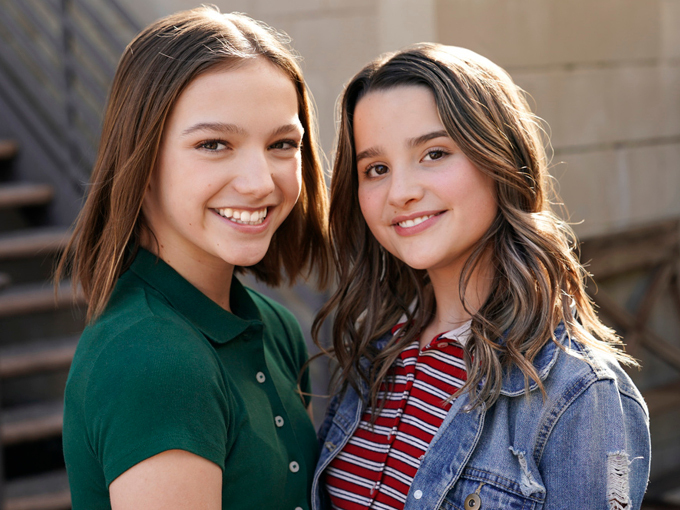 Following a 24% bump in ratings, the kidcaster is launching celebrity-led series Game Face and Group Chat: The Show to engage kids in lockdown.

Two trends are converging over at Nickelodeon, which has greenlit a pair of filmed-from home series from popular social media infuencers.

First up, Jayden Bartels and Annie LeBlanc (pictured, left and right, respectively) will host Group Chat: The Show (working title), premiering May 23. In the six episode series, the duo will play games, compete in challenges and give a rundown of the week’s latest popular topics, determined by what kids are talking about on social media.

The two kidfluencers are also set to star in the new live-action buddy comedy Side Hustle, which Nick greenlit in February. In the multi-cam series two best friends suddenly have to create a business after inadvertently destroying a neighbour’s car.

Meanwhile, the new six-episode Game Face is a competition series where stars have to guess the identity of disguised celebrity guests, virtually. A host has yet to be announced, and remote production on the show begins this month, with a premiere set for June 13.

The kidcaster is launching these shows to connect with the stuck-at-home audience, says Kaplan in a press release. Its efforts to connect with at-home kids also includes the soon-to-air Danger Force special, which features the heroes from the show solving a mystery while on a conference call together.

The network has experienced a 24% increase in viewership among kids six to 11 since March 16 across its Nickelodeon, Nick Jr. Nicktoons and TeenNick channels, according to Nick. Viewership is also up on Nick’s YouTube channels recently, with a weekly average consumption increase of 75% in views in the last month, compared to the beginning of this year.

These new shows also fit into Nick’s trend of leaning into unscripted and social-star led programming, which its done by stacking its upcoming slate with projects including unscripted series Top Elf, where kids compete in building and designing through holiday-themed challenges, as well as 10 x half-hour hidden camera prank show The Substitute that often features influencers as the surprise guest.