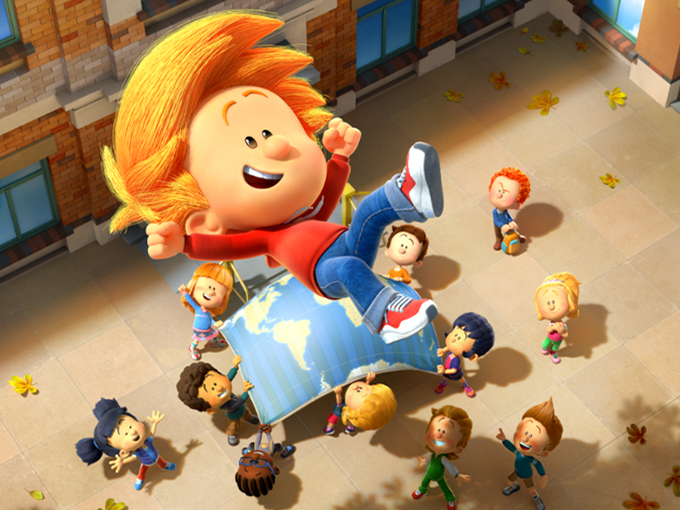 The COVID acquisitions keep coming, and That's Joey, Nina & Olga and Oggy & the Cockroaches are just a few shows reaping the rewards.

Italian producer Mondo TV Iberoamerica has signed a co-production agreement with Enanimation for its 2D-animated series Nina & Olga (52 x seven minutes). Based on the preschool book series Olga the Cloud, the show is in production with a planned delivery date of spring 2021.

Mondo TV’s subsidiary Mondo TV Producciones Canarias will handle pre-production alongside the fellow Italian prodco, while Mondo TV will manage animation. Enanimation holds worldwide distribution rights, except for in Portugal, LatAm and Spanish-speaking US, where Mondo will distribute the series. Italian pubcaster Rai pre-bought the first season from Enamination in January.

D360, the distribution arm of Toronto-based prodco marblemedia, has acquired the rights AnimalFanPedia. The distributor picked up the rights for North America, Europe, Australia and New Zealand.

From Venezuela’s prodco Mobius.LAB Kids, AnimalFanPedia (26 x 11-minutes) is a wildlife-focused show that takes kids to different places around the world and teaches them about nature and animals.

Chop Chop Ninja follows a team of rookie ninjas adventuring to become better fighters and people, and ToonMarty is about a group of cartoons who embark on comedic adventures together.

French broadcaster M6 commissioned it and France’s Superprod, Digital Graphics, Germany’s Atmosphere Media and Barcelona prodco Planeta Junior co-produced it. Aimed at kids six to nine, the comedy fare follows the adventures of a young boy’s wacky adventures with his friends, and the unpredictable solutions he finds to everyday problems.

Indian animation studio Cosmos-Maya has signed a distribution deal with VOD website ZEE5, to launch more than 250 episodes of its animated content on the platform. Under the agreement, ZEE5 will launch the studio’s trio of 52 x half-hour shows Bapu, Gadget Guru Ganesha and season two of Guddu.

Guddu, a spinoff of Cosmos-Maya’s Motu Patlu series that was made for Nickelodeon, is a 3D-animated series that centers on the exploits of a circus lion. Leaning on the teachings of Mahatma Gandhi, the 2D-animated Bapu follows a wise elder who lives in the modern world and who helps kids face their problems. Meanwhile, Gadget Guru Ganesha is a 2D-animated a slice-of-life comedy revolving around the average Indian family.

In Portugal, pubcaster RTP picked up Coach Me If You Can (52 x 13 minutes), The Daltons (19 x seven minutes), Athleticus (60 x two-and-a-half minutes) and renewed its commitment to air both seasons of Floopaloo, Where Are You? (104 x 13-minutes) and What’s the Big Idea? (52 x five minutes). Xilam has also signed a new deal with Dreamia (Portugal) to air Moka’s Fabulous Adventures and Hubert & Takako (78 x seven minutes) on its pay TV children’s channel Biggs.

In addition, it signed a deal with pubcaster ERT (Greece) for Athleticus; seasons one and two of Floopaloo, Where Are You?; seasons two and three of Zig & Sharko; If I were an Animal (52 x five minutes); Paprika and Oggy and the Cockroaches – The Movie.