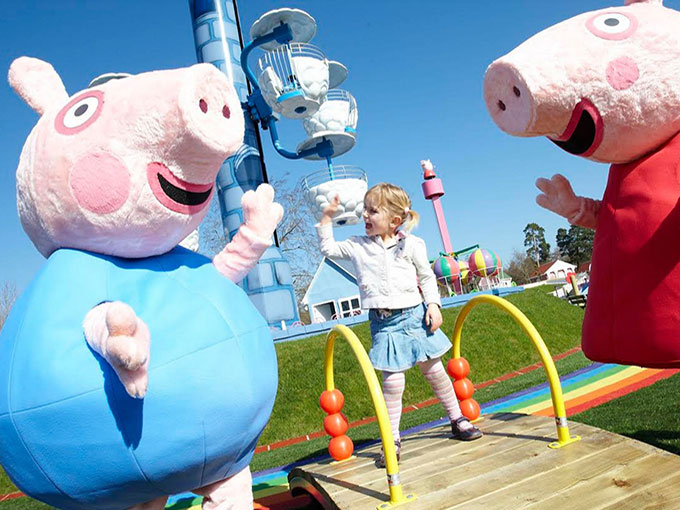 The toymaker saw its revenue decline 7.5% to US$1.11 billion in Q1 as production of both toys and shows were delayed by COVID-19.

Hasbro expanded its family in Q1 2020, finalizing its acquisition of Entertainment One. The transformation came at a time of uncertainty, however, and the Rhode Island-based toymaker’s net revenue fell 7.5% to US$1.11 billion in a quarter where the industry was negatively affected by the COVID-19 pandemic.

The toyco announced it would acquire eOne for US$4 billion in August 2019, taking ownership of the company’s entire film and TV production slate (including hit kids IPs Peppa Pig and PJ Masks). The acquisition was completed at the beginning of the first quarter, and Hasbro’s Q1 2020 report reflects results for the combined company.

Because the combined company did not exist in 2019, Hasbro used pro forma combined results (a hypothetical combined results of Hasbro and eOne in Q1 2019) in its fiscal report to calculate changes in revenue for the first quarter. Hasbro is reporting a pro forma Q1 2019 net revenue of US$1.2 billion, for example, while Hasbro alone saw a net revenue of US$92 million in the first quarter last year.

The company’s entertainment, licensing and digital segment saw a 9% decline in revenue for the first quarter, to the tune of US$84 million. The TV, film and entertainment segment, meanwhile, fell 29% to US$292.5 million.

The franchise brands segment was steady at US$396.5 million for the first quarter, while the partner brands segment grew 6% to US$182.3 million in the same period.

Revenue for Hasbro and eOne in the US and Canada increased 20% to US$428.6 million in Q1 2020. Internationally, revenue fell 11% to US$250.4 million due to declines in Latin America and Asia Pacific.

Meanwhile, Hasbro is bracing for a rocky future. The company’s toy production has been delayed by the COVID-19 pandemic. Approximately 55% of Hasbro’s manufacturing is done in China, and the company reported lower-than-planned production levels during Q1 2020. Manufacturing and warehouse partners outside of China are operating at different levels of productivity depending on local conditions, with several facilities in the US, Ireland and India currently closed.

Hasbro’s global offices outside of China, meanwhile, closed on March 16 and will reopen according to local government, health and safety guidelines, with no confirmed dates yet set.

On the entertainment side, production and delivery for film and television projects have been delayed. The eOne team will continue to work remotely on animation production, and the company plans to deliver finished episodes and film projects later than previously planned. Some film releases have been rescheduled later in 2020, while others were postponed to 2021 and some projects will go straight to video-on-demand.

Retail closures and the postponement of entertainment productions is expected to contribute to a “challenging” second quarter for the toymaker. In a statement, CEO Brian Goldner said the company is working to “lower expenses and preserve capital while positioning to meet the seasonal peak demand periods of the business in the second half of the year, including the holiday season.”

Looking forward, Hasbro has withdrawn its 2020 outlook due to the uncertainty related to COVID-19 and the pandemic’s impact on supply chains, global retailer operations and entertainment production.