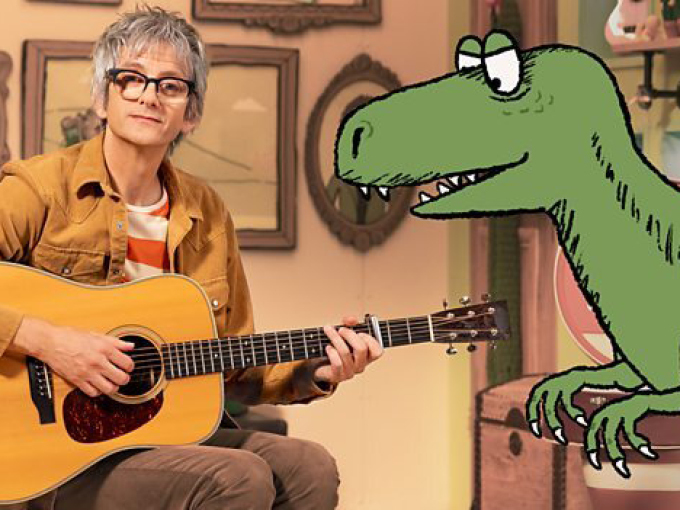 BBC is expanding its music offerings for kids stuck at home with Nick Cope's Popcast and a new iteration of Ten Pieces.

UK preschool channel CBeebies is strumming a new tune with mixed-media series Nick Cope’s Popcast (pictured). Launching on BBC’s iPlayer on Friday and to linear TV on Saturday, the 15 x five-minute show stars children’s musician Nick Cope, (formerly from the rock band The Candyskins), searching for a new song with the help of kids and a dog.

It has “all the hallmarks of a preschool hit,” including animation and quirky and original music, says CBeebies’ head of content Cheryl Taylor in a statement.

Beyond Nick Cope’s Popcast, BBC is growing its tunes’ offerings by launching two new initiatives to get kids seven to 14 interested in classical music while stuck at home. First up, its school music educational unit BBC Ten Pieces is introducing Ten Pieces at Home, which will deliver weekly musical films and activities to kids every week. Some of the activities are focused on dementia in partnership with BBC Music’s Music & Dementia initiative.

Ten Pieces is also launching Connecting the Dots, which will connect kids in school with BBC musicians for online workshops, activities and Q&As delivered by video-calls that encourage children to play music. UK schools can apply to the program on Ten Piece’s website and has already begun rolling out workshops.

The pubcaster has been upping its children’s efforts amid COVID-19 school shutdowns, including launching a new iPlayer experience for kids and expanding its digital learning platform BBC Bitesize with more content. Bitesize has also been a big draw for kids looking to learn while at home recently. A record three million kids visited the site April 21, according to the BBC. That coincides with the first day it rolled out new daily lessons, and the spike in consumption tops its previous record of 1.3 million kids who came to the site when schools in the country first closed on March 23.