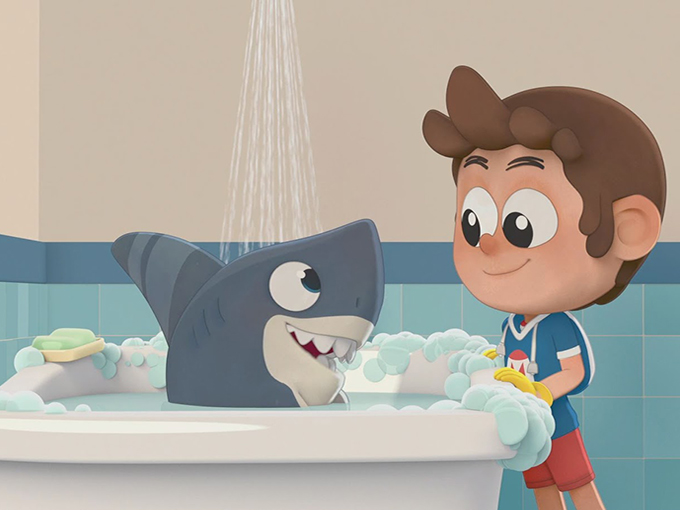 Produced by One Animation, the new CG series is the most recent property to come out of Nickelodeon's short programs.

ViacomCBS International Studios (VIS) and Netflix are partnering on new animated series Sharkdog, which will premiere in 2021.

From Singaporean creator Jacinth Tan, the 20 x seven-minute CG-animated series is produced by VIS, in partnership with Singapore’s One Animation (Oddbots). The comedy wades into the life of a 10-year-old boy and his best friend, who is half dog/half shark, and has a large age target range of preschool up to age nine.

This isn’t the first time the Sharkdog IP has swam into a show, in 2017, Nick International greenlit a short-form Sharkdog series (pictured) from One Animation, which premiered in 2018 as 20 x 90-second show on the Nickelodeon Play app in Asia. The Netflix version will look similar, but is a new series.

Sharkdog is VIS’s first international series made for Netflix, and is part of the multi-year output deal the duo signed this past November. Under the agreement the two companies will create content from Nick’s library of characters and new IP, to strengthen both of their positions in the streaming wars.