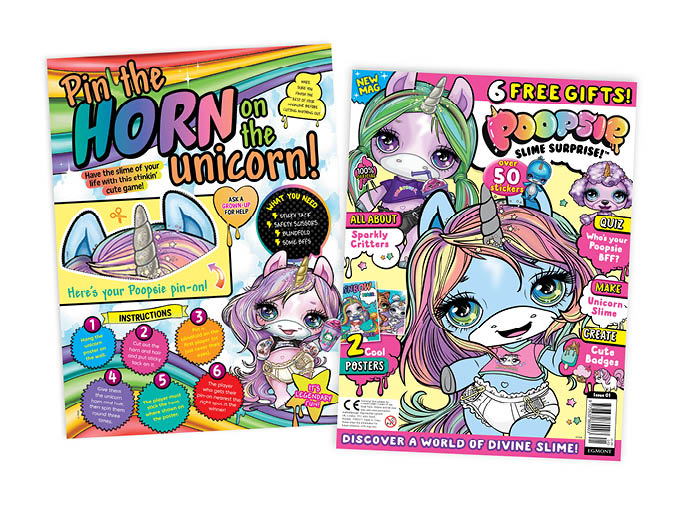 Magazine readership is down and ad sales are dipping, so why are IP owners like MGA Entertainment and Alpha Group looking to new glossy titles?

“It is difficult to engage children who are used to having a screen in front of them with a piece of paper.”

That’s from Simon Leggett, research director at UK-based market research company Childwise, discussing the ongoing decline in magazine readership among kids. The 2020 Childwise Monitor—an annual report surveying more than 2,000 children across the UK that examines the media consumption of kids ages five to 16—found that only 39% of children read magazines and comics, a 12% decline compared to the year before. The data shows younger kids (ages five to 10) are more likely to flip through mags and comics than their older counterparts (ages 11 to 16), with the majority of children who don’t read magazines or comics saying it’s because they’re boring (19%).

“The fact that fewer kids are reading magazines has been an ongoing trend, but the change [in the 2020 report] was particularly marked,” says Leggett. “We actually made the decision last year, for this 2020 report, to remove a question asking children to name their favorite magazines because so few kids were able to name one.”

That’s not to say kids aren’t reading—they’re just finding what they want to read elsewhere, he says. They’re reading short-form content on social media platforms and fan-fiction websites. But despite this downturn in magazine readership, brand owners are turning to their glossy pages in an effort to expand kids properties.

Aurora World is partnering with Media Service Zawada to bow a YooHoo magazine in the Polish market, meanwhile, and Acamar Films inked an agreement with Redan Publishing for a new monthly magazine for its Bing brand.

California toyco MGA Entertainment, meanwhile, teamed with Egmont to launch a Poopsie Slime Surprise magazine in October. The Poopsie toy range first launched in August 2018 and features unicorns kids can feed and sit on a potty to “produce” brightly colored slime. The magazine is available for US$5.17 (£3.99) and targets kids ages six to nine. 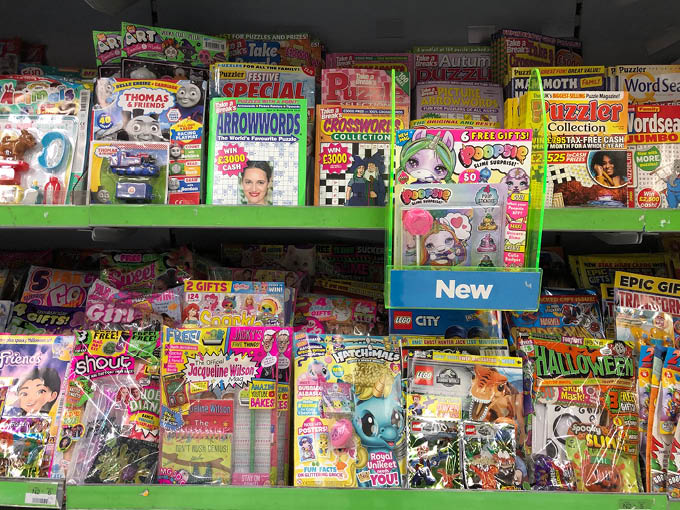 On the heels of Poopsie’s magazine success, MGA hopes to launch a glossy mag for its new Na! Na! Na! range.

Because Poopsie originated as a toy, MGA is using the monthly magazine to expand the world of the property, similar to its efforts around short-form content on YouTube and social media platforms. Because Poopsie doesn’t have a TV series or film, the magazine’s editorial content lets kids learn more about the unicorn characters, says Sarah Fletcher, head of UK licensing for MGA Entertainment. “It’s about giving the consumer more story behind our property. The way kids interact with our property is only through the toy, so I think the magazine gives them more engagement with the brand.”

These branded titles aren’t strictly filled with stories. Because they’re targeting a younger age demographic, the magazines include plenty of activities and arts & crafts projects (think word searches, spot-the-difference puzzles and plenty of opportunities to use a glue stick). And as important as it is to MGA to build out the world of the brand with content, there is no denying that consumer products remain a key component, which is why the titles also feature cover mounts—items that are attached to the cover of the magazine and designed to entice kids and parents to make a purchase.

“We avoid toys because we are a toy company, and we don’t want to cannibalize our own success when we license,” Fletcher says. “We tend to look at alternative options other than the collectible toys, like sticker packs, crafting sets, diaries, stationery sets and makeup.”

Because magazines are largely impulse purchases, these cover mounts are needed to provide a point of differentiation at retail, says Laura Adnitt, Egmont’s publishing director for magazines. This is true across demographics, she says, including preschool (Egmont’s preschool portfolio includes brands like Thomas & Friends, Ryan’s World and PAW Patrol) and primary (Poopsie Slime Surprise, My Little Pony and Disney Princess).

“All of our magazines offer some added extra for the consumer, and that has become an expected part of the product,” Adnitt says.

The cover mounts are designed to catch kids’ eyes, but marketing for the Poopsie magazine targets parents, and is largely handled by Egmont. The magazine features one page for advertising, which is used to promote other MGA Entertainment brands or the company’s licensing partners.

This focus on consumer products is one way branded magazines differ from other publishing efforts like storybooks, according to Alpha Group’s VP of international, media, TV and consumer products Antoine Erligmann. Additionally, books are more closely related to the relationship between kids and parents, while magazines are more likely to be consumed by the child alone. All of those puzzles and activities are perfect for spare time at home or while traveling, while storybooks are associated with the shared experience of story time.

“It’s a different type of consumption,” he says. “There is more autonomy for the kids with the magazines because they’re simple activities they can do on their own.”

And since kids are engaging with magazines on their own, it’s crucial that a connection between the child and the brand exists prior to purchase. The Super Wings magazine comes from Alpha Group and UK-based Signature Publishing, for example. Available for US$5.51 (£4.25), the monthly title launched in January and features stories, arts & crafts and puzzles. The brand was already well-established across the UK. Super Wings is currently available in the UK, with the fourth season set to launch later this year on Cartoonito and Tiny Pop. And before the standalone title hit shelves, the Super Wings brand was featured in Signature Publishing’s multi-property publication Fantastic Funworld. 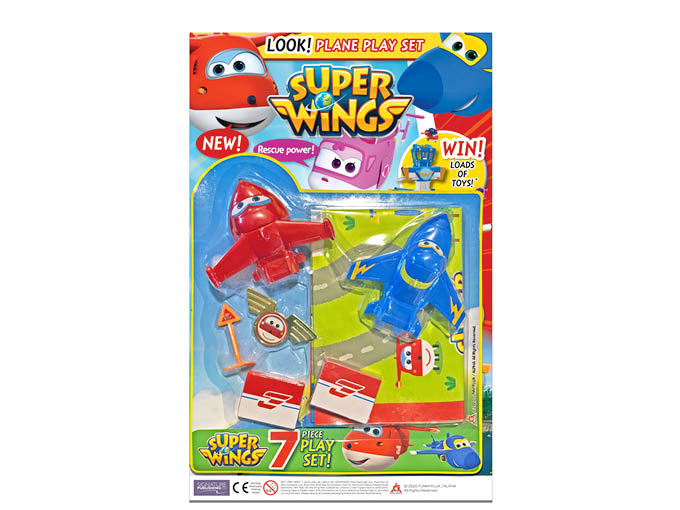 “In general, I think you need a minimum of brand awareness to launch a magazine,” says Erligmann. “In the UK, we were part of [Fantastic Funworld] for a long time; there would be competitions asking kids to draw their favorite characters, and Super Wings was always in the top-five or top-three. The multi-brand titles are low-risk, but that helped us understand that we could support a standalone magazine.”
Erligmann argues these magazine titles are a crucial element of brand-building and increasing engagement.

Even as the most recent Childwise study reports readership for children’s magazines is on the decline, it’s clear these branded offerings aren’t the general interest titles your parents grew up with. The glossies being launched by toycos and IP owners function more like a blind bag filled with playthings and activities than they do a traditional magazine, and it doesn’t seem like brands plan on stopping the presses any time soon.