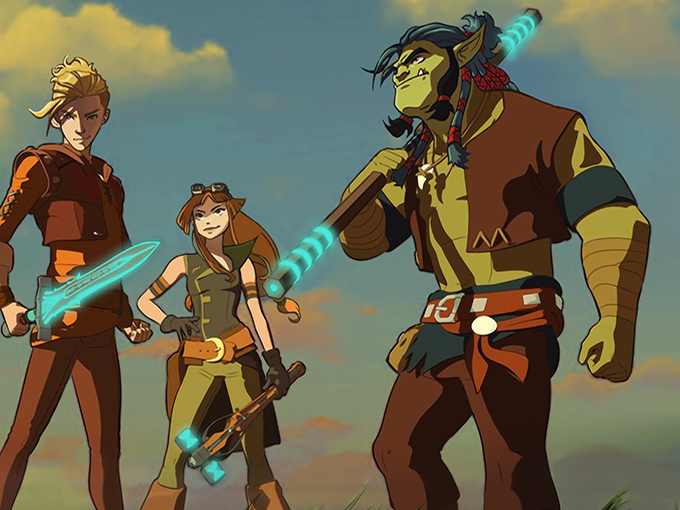 As Italian pubcaster Rai shifts priorities to meet the sudden demand for kids programming during the COVID-19 pandemic that is battering Italy, the pubcasters has lined up its first co-production since the crisis began.

The 26 x 26-minute show commission, which is also Sergio Bonelli’s first animated series, comes as Rai rolls out more kids content across its channels to support kids and families, as Italy’s number of confirmed cases climbs to more than 74,000 confirmed and presumed positive cases and more than 7,500 deaths, according to John Hopkins University.The new fantasy series follows two teenaged brothers and a dragon who fight an evil queen who wants to bring the world into the dark age. No delivery date has been announced yet for the 2D/3D-animated adventure series that targets kids seven to 12.

The Dragonero brand, which began as a comic book, was created by Luca Enoch and Stefano Vietti in 2007, and has since become a monthly comic book series.

Outside of the new series, Rai has also been teaming up with well-known athletes to shared educational messages for children. It’s gearing up to launch new titles across its Rai Gulp (kids eight to 14) and Rai Yoyo (preschool) channels. The company’s generalist channel Rai2 is opening up a block of family-friendly content, including live-action and animated series, such as ARD’s animated co-pro Leo Da Vinci (52 x 13 minutes), and German live-action films Wendy and Burg Schreckenstein.