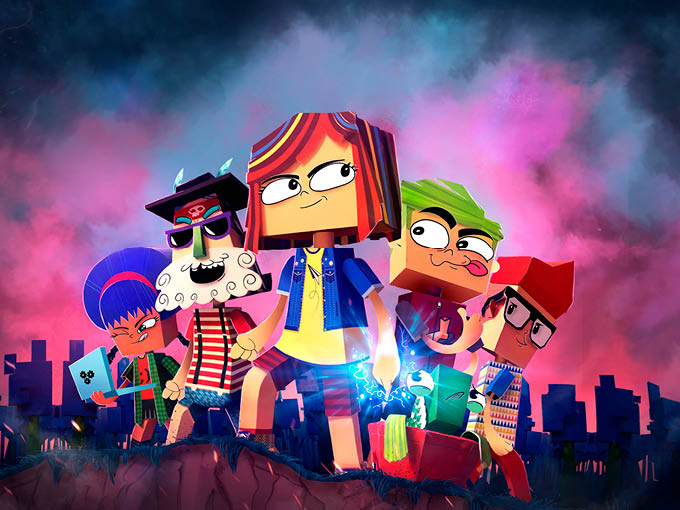 The case for claymation, puppets and paper cut-outs

Demand for tactile kids shows is growing in a market dominated by CG animation. The trick to success is knowing which budget strings to pull.

When The Child—a.k.a. Baby Yoda—from Disney’s popular Star Wars series The Mandalorian first graced screens with his adorable fuzzy-textured green face last November, it was love at first sight for kids and families around the world. Not only did the breakout Disney+ creature inspire thousands of internet memes, the puppet helped The Mandalorian become the most in-demand series worldwide for most of December, according to Parrot Analytics. As audiences eagerly await the launch of season two in October, a whole new crop of tactile children’s content is preparing for its moment in the spotlight, including Slumberkins (The Jim Henson Company), The Tiny Chef (Bodega Studios), Donkey Hodie (Fred Rogers Productions) and Wonder Woollies (Pipeline Productions).

So why are soft, huggable puppet characters and tactile series so popular right now? The cute factor obviously plays a part, as does the fact that puppets can be easily dubbed into other languages. The consumer products opportunity doesn’t hurt, either. More studios are buying in for reasons that include addressing a gap in the market; meeting demand from streamers for visually unique, experimental content; and diversifying pipelines for sustainability. But tactile shows are often expensive to make, pose tricky technical demands, and can be incredibly time-consuming. So how do companies strike the right balance? 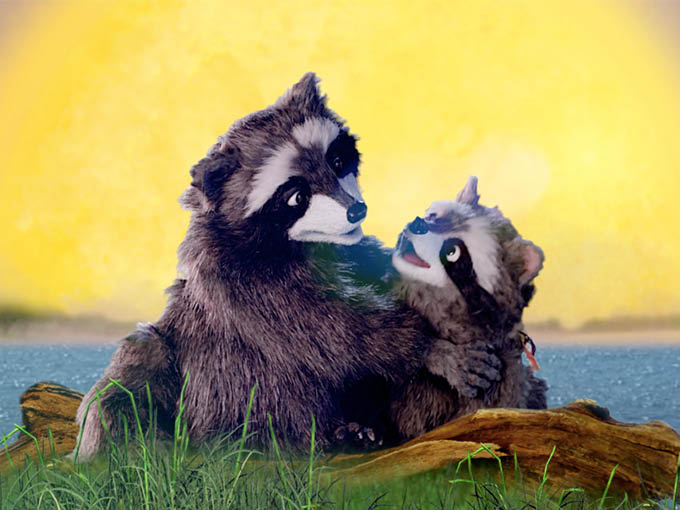 Henson’s The Kissing Hand will help preschoolers cope with anxiety at school.

Despite a wealth of historic and iconic puppet characters—from Big Bird to Kermit to Bananas in Pyjamas—there’s a lack of puppets on screen today. A whopping 0% of shows in the US and just 1% in Canada star only puppets, according to a study of kids TV characters from the Center for Scholars and Storytellers out of UCLA and Ryerson University. Shows that blend live action, animation and puppets—à la Sesame Street—help bring puppetry representation up to 11%. Despite this bump, 75% of the industry is dominated by animated fare.

But Halle Stanford, president of television at puppet specialist The Jim Henson Company, notes the study doesn’t include children’s shows on VODs like Netflix and YouTube, where unique visual projects are increasingly finding homes. When everything is CG-animated, puppets are proving to be a differentiating factor.

“Across streaming and social media platforms, kids and parents can watch more puppet productions than ever before, including nostalgic shows like Fraggle Rock and The Muppet Show,” Stanford says. “There’s a lot of appetite for risk and trying new things [on the streamers].”

Take, for example, Henson’s critically acclaimed Netflix original prequel series The Dark Crystal: Age of Resistance, which bowed worldwide in August and features an unprecedented 170-plus puppets brought to life by nearly 100 puppeteers. Though it’s a high-budget fantasy series, the prequel struck a balance between practical effects and CG enhancements, and Henson saved money and time in production by using 3D printing to create a plethora of puppet parts for the show’s detailed Skeksis characters. According to Parrot Analytics, the series became the third most in-demand digital original series in the US the week after its release, trailing only Stranger Things and 13 Reasons Why.

Today, Henson is developing a pair of new puppet shows in Slumberkins and The Kissing Hand. But despite the streamers’ general willingness to try new looks—and Henson’s recent success and longevity in puppetry—increasing the number of fuzzy characters on screen won’t be an overnight fix. The lack of puppetry specialists capable of delivering premium content is slowing growth for the entire movement. “There are hundreds of animation companies, but only a handful of puppet studios,” Stanford says. 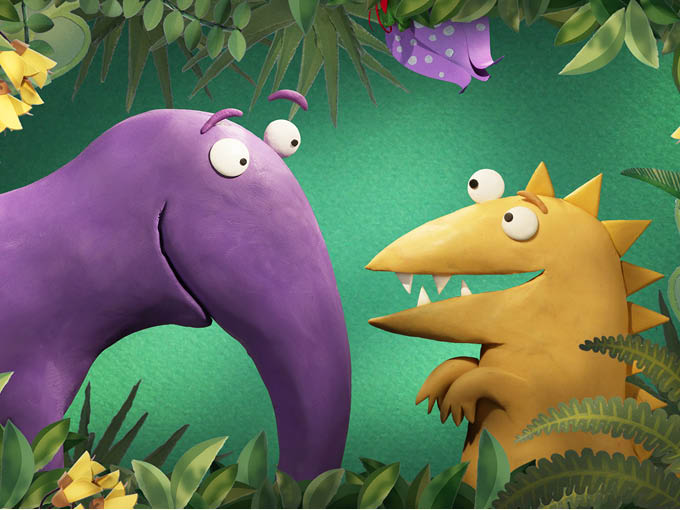 Every frame in Stretchy’s mindfulness series Kiri and Lou is handcrafted with paper and clay.

And what if you don’t have a global Netflix deal or deep R&D pockets? And you’re new to tactile and children’s productions? Christchurch, New Zealand-based studio Stretchy faced this scenario in making Kiri and Lou, a handcrafted 52 x five-minute preschool production written and directed by Harry Sinclair (The Lord of the Rings) that premiered last year. Using a blend of clay stop motion and paper cut-outs, the goal of the show was to make a gentle series about two dinosaurs exploring their emotions, says Stretchy CEO and series co-producer Fiona Copland.

“If you’re going to make a handcrafted show with a distinct look, it can compete if it offers something different in the writing—more emotional engagement or a unique sense of humor,” says Copland. TVNZ (New Zealand) and CBC (Canada) took notice and signed on as co-commissioners.

Three-quarters of the show’s US$3.7-million budget was provided by TVNZ and a New Zealand screen production grant, with Canadian tax credits and the CBC covering the rest.

Since premiering on TVNZ in March 2019, the series has been sold to broadcasters including CBeebies (UK) and ABC (Australia). Talent involved in the project includes co-producer Heather Walker from co-pro partner Yowza! Animation; animation director and storyboarder Antony Elworthy (Isle of Dogs, Coraline); and animator/writer Rachel Larson (Tiny Chef, ParaNorman).

“We brought brilliant animators in from all over the world that Harry wanted to work with,” says Copland. “It was definitely not the most cost-efficient way of doing things, but we made a lot of effort to make the content strong.”

Despite the show’s success, Stretchy is switching to 2D animation on a new series called The Woolleys to save money and time. “It will be just as idiosyncratic as Kiri and Lou, but we’ll be able to make it faster,” says Copland.

Offering a number of different styles is a good way to future-proof your company, according to Pipeline Studios CEO Luis Lopez. Along with production capabilities in CG, 2D and live action, the Hamilton, Canada-based studio (Star vs. The Forces of Evil) also makes hybrid projects including short-form series Papernauts (Discovery Kids) and Paper Port (pictured, above), a paper cut-out stop-motion/2D-animated series co-produced by Pipeline’s newly acquired Chilean studio Zumbastico.

After airing in Latin America on kidsnets including Gloob (Brazil) and Discovery Kids (Latin America), Paper Port was picked up by ABC (Australia), as well as broadcasters in India and China. Production is underway on season two, and a feature film is in the works.

“There is always a need to be innovative with our production models, but the challenge of getting kids’ attention is also at an all-time high. Tactile shows bring a lot of new opportunities for content creators and producers,” says Lopez. “We’re finding there’s high value in productions that show the handmade aspect of the artist. We are sending a message to our audience that they can make things, too.”

Additionally, quieter tactile shows with huggable characters and social-emotional storylines are helping ease anxiety in both kids and parents. Henson’s upcoming series Slumberkins is based on a successful mindfulness toy and book brand of the same name that helps younger children deal with anxious times.

“The brand has resonated because parents are craving simplicity and calmness for their children right now,” says Stanford. “It’s a pretty chaotic world, so getting back to crafty textures that make shows feel heartfelt and homey is very appealing.”

According to Marie-Louise Mares, a professor with expertise in children’s media and educational TV at the University of Wisconsin-Madison, having a soothing and dependable set of characters that show friendly, caring behaviors can be very comforting for preschoolers and their parents. “This was part of the appeal of Mister Rogers,” says Mares. “An early study showed that when children were feeling bad (the researcher praised another kid, and not them), they were more likely to choose Mister Rogers than other faster-paced content.” And when something looks handmade, we feel it on a visceral level, Copland says. “The fact that it’s not perfect makes us understand its emotional authenticity without even realizing it.”