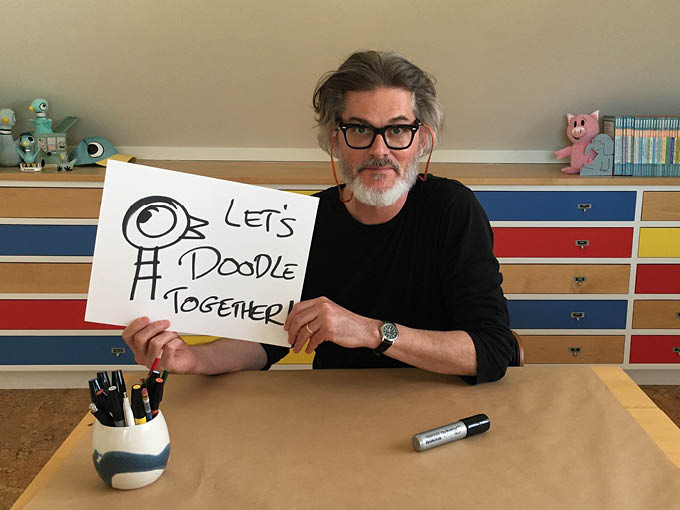 How are creators helping cooped-up kids?

Now that COVID-19 has forced nationwide school closures in 85 countries—affecting more than 776 million children worldwide, according to UNESCO—the kids entertainment community is stepping up with new content designed specifically to engage, calm and educate kids and families stuck at home.

For children feeling isolated, antsy or needing experiences to fuel hands-on activities like writing and drawing, best-selling children’s book authors and illustrators, including Mo Willems (Don’t Let the Pigeon Drive the Bus!) and Oliver Jeffers (Lost and Found), took to their social channels this week as virtual artists and storytellers.

The initiatives are also serving as opportunities for creators to keep their names out in the market and stand out in the kids space at a time when broadcasters are drastically cutting back on meetings, and can really only do so virtually for the next few weeks, many are telling Kidscreen.

Since Monday, Jeffers has been reading one of his books every weekday on Instagram Live at 6 p.m. GST/1 p.m. EST in a series entitled Stay at Home Story Time. He’s also answering questions from fans on Facebook and making video of the readings available on his website. Jeffers recently inked a deal with streaming service Apple TV+, which is adapting his picture book Here We Are: Notes for Living on Planet Earth into a 36-minute film animated by UK prodco Studio AKA. The project will celebrate Earth Day 2020 and will premiere on April 17.

Additionally, Susie Jaramillo, the creator of Spanish preschool brand Canticos, joined a group of authors, illustrators and celebrities on motherhood Twitter account @romper to read stories for kids at home under the hashtag #OperationStorytime. Kids author and Awesome Media founder Jeff Norton is also reading all 42 chapters from his popular sci-fi adventure novel Alienated, and posting the video on YouTube and his website.

Willems, meanwhile, has launched a video series called Lunch Doodles (pictured) on the Kennedy Center website (Willems is artist in residence at Kennedy Center Education), where he invites viewers into his virtual studio weekdays at 1 p.m. EST to learn about drawing and explore new ways of writing. Last month, Willems was also appointed as the first artist in residence for WarnerMedia’s upcoming streamer HBO Max, where he’s been tapped to create multiple live-action and animated specials. (When those projects ramp up is unknown given the global halt on productions for the foreseeable future.)

On the TV production side, Cartoon Network is producing global PSAs focused on the importance of good hygiene to help prevent the spread of COVID-19. Rolling out on-air and via the CN app, CN’s social channels and YouTube, the shorts feature fan-favorite characters from shows like We Bare Bears and Steven Universe.

Canadian prodco Big Bad Boo will also be releasing three PSAs in partnership with pubcaster TVOKids using characters from its hit preschool toon 16 Hudson. The videos will launch later this week on Big Bad Boo’s SVOD service Oznoz, YouTube and the TVOKids website. For additional information about what producers and studios are doing to customize content and provide easier access for kids at home, check out Kidscreen’s industry guide on closures and cancellations, which is being updated regularly as the pandemic situation unfolds.