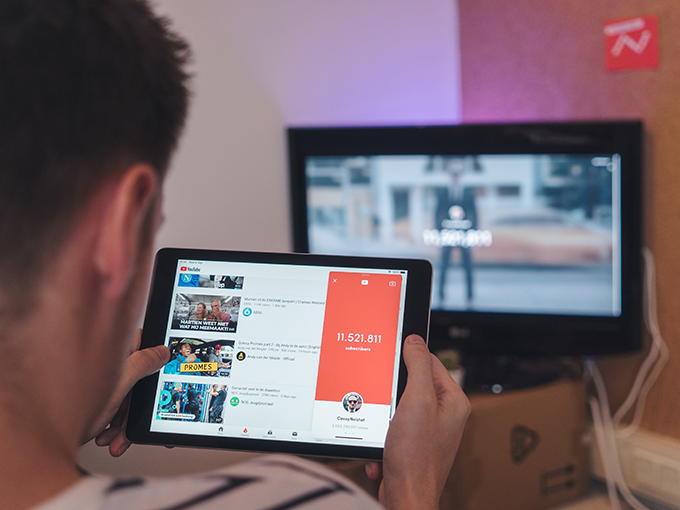 Views on YouTube jumped 50% in January and another 50% in February, according to Aux Mode CEO Adam Rumanek. How can the industry capitalize on this growth?

There seems to be one upside in a cloud of dark news for the entertainment industry: People have a lot of time to watch a lot of content. Even as movie theaters shut down in France, Italy, the US and UK, audiences are still looking for where they can watch content…and they’re hungry for more, according to Aux Mode.

The multi-channel network found that in January, for the more than 1,000 channels it manages, viewership was up 50%, and then in February audiences increased another 50% year-over-year worldwide. But the growth didn’t stop at viewership, CEO Adam Rumanek says. Across all of the assets Aux Mode works with, advertising revenue grew exponentially.

“Notoriously, January is a bad month for advertisers. They pay their bills, they don’t spend money in January,” says Rumanek. “But views are astronomical, like nothing I’ve ever seen before. We have a lot of back data, and because we have that historical data we can compare and it’s incredible how much more not just watch time and views but revenue and ad buys are skyrocketing.”

While kids content is always popular, he said the format of content Aux is seeing the most growth is full-length movies. He attributes this to the fact that less people are heading out to theaters, but are also hunting for free content, resulting int he uptick in views on long-form on YouTube. Anecdotally, more clients are coming to Rumanek and his team with movies looking to place them for free on YouTube.

“My gut instinct for what’s driving this is that people are staying home and watching content rather than going to malls or movie theaters,” says Rumanek. “In North America, it just hit in the last three weeks but this has been happening in Asia for nearly three months, so by population alone [Asia] is dominating and driving views.”

To content makers out there right now who are in a holding pattern deciding how to proceed, Rumanek’s advice is simple: Put it online for free, and do it now. He says that since most broadcasters are putting productions on hold and unlikely to pick up anything new for a while, this is a way to catch people’s attention, which may help producers financially in the interim.

“If you do have broadcast agreements, block those regions—but otherwise go public worldwide,” says Rumanek.

Moving forward, he thinks this will have a lasting effect on the industry especially if quarantines and lockdowns are prolonged. Viewership habits may change, and once the crisis abates, people may be reluctant to go back to a paid product out of their homes when this is what they have been offered for the past couple of weeks or months, says Rumanek. More than anything else, it will educate anyone left in the industry who isn’t as up on YouTube on the importance of AVOD.

“It’s the perfect time to go AVOD because nobody is buying anything, there are no meetings, nobody is in the office,” he says. “You have nothing to lose.“

Image courtesy of YTCount on Unsplash