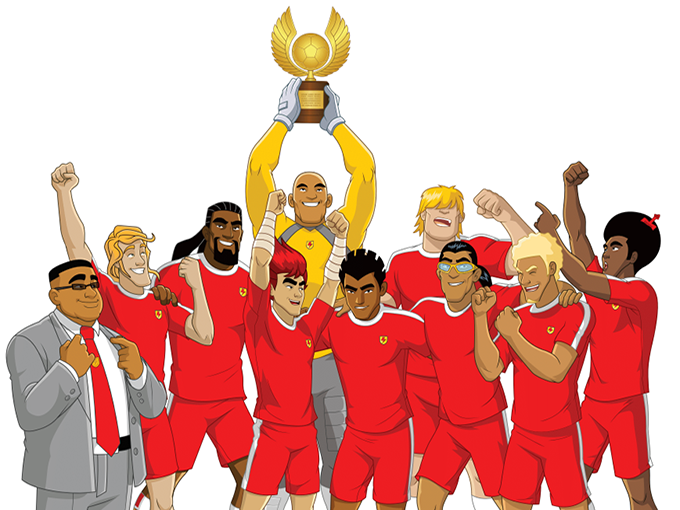 The deal highlights the entertainment company's expansion from digital to traditional linear distribution.

The deal encompasses all six seasons of the show and a new seventh season that Moonbug is currently producing with the brand’s South African creative team. Air dates on Disney India are still being determined.

Its latest deal is not the first TV distribution for Supa Strikas in India as Nickelodoen’s Sonic channel previously aired the series in the region. However, Supa Strikas has been a top-performer for Disney Southeast Asia, according to Moonbug.

The series originally launched as a comic book published by South African publisher Strika Entertainment, before expanding into an animated show that charts the interplanetary exploits of the world’s best soccer team. Since launching in 2009, the series has aired in more than 100 countries worldwide on networks including DisneyXD (UK and Africa), Cartoon Network (Africa), Mediacorp Suria (Singapore), SIC K (Portugual) and Zoom (Israel).

In a similar move to Supa Strikas, Moonbug recently acquired South Korean animated slapstick comedy series ARPO, and is working on a new season of 26 x three-and-a-half minute episodes. The series for three- to-six-year-olds has generated nearly 2.5 million subscribers on its YouTube channel to date. On the SVOD side, Moonbug is also producing Little Baby Bum spinoff Mia’s Magic Playground with Nordic broadcaster NENT Group and the show will air on the company’s SVOD platform Viaplay early this year.