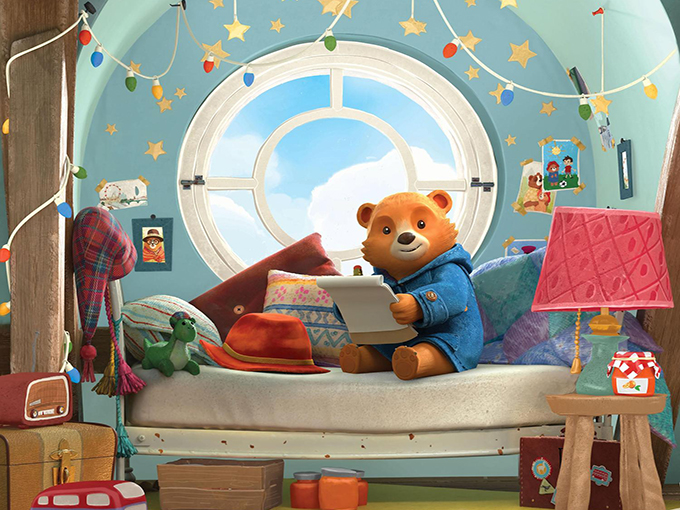 Moominvalley won the award for Best Children’s Series, and Paddington picked up the Best Preschool trophy.

Aardman picked up the Best Longform trophy for A Shaun The Sheep Movie: Farmageddon; Best Music Video for Coldplay’s Daddy, which it produced; Best Social Good award for New Mindset; Children’s Choice for Shaun the Sheep—Squirreled Away; and the new Lamb Award for rigger and armatures employee Roxannah (Roxi) Linklater, which is supposed to bridge the gap between current student and best-in-class awards by recognizing rising stars.

Meanwhile, Cartoon Network also had a big night, winning the Writers Award and Best Use of Sound for The Amazing World of Gumball. It took home a third trophy for Best Original Short Form Content for A Whale’s Tale, which it produced for Hope Works.

But it was TK-bsaed Gusty Animation’s that managed to take home Best Children’s Series for Moominvalley, while The Adventures of Paddington (pictured) produced by Studio Canal and Heyday Films won Best Children’s Preschool.

Sally Hawkins as The Snail- The Snail and the Whale – Dir: Max Lang, Daniel Snaddon, Produced by Magic Light Pictures

Best Use of Sound

The Beatles – Glass Onion by Alasdair Brotherston and Jock Mooney

Grandad was a Romantic – by Maryam Mohajer