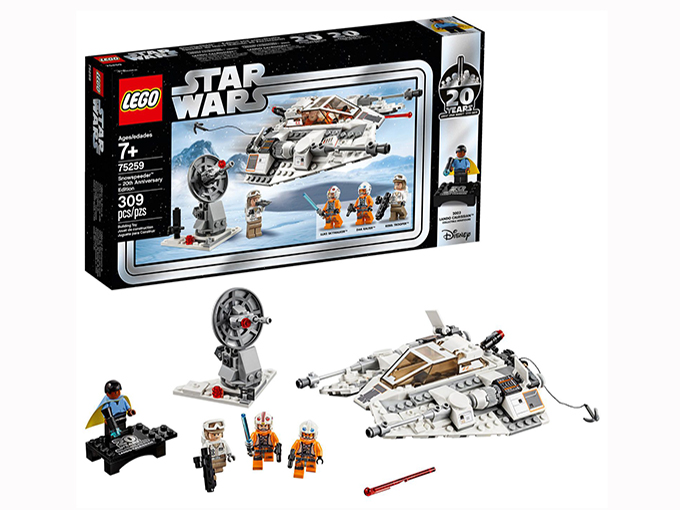 LEGO to focus on growth in China in 2020

The Danish brickmaker reported a 6% increase in revenue for fiscal 2019, with sales in China growing by double digits.

The LEGO Group is building on its global success with new stores and new platforms. The Danish brickmaker reported a 6% increase in revenue for fiscal 2019 to the tune of US$5.72 billion, due in large part to growing global consumer sales. Net profit for the full year was US$1.2 billion (an increase of 3%).

The company’s global consumer sales grew 5.6% for fiscal 2019. Sales increased 4% in the Americas and 2.6% in Europe, the Middle East and Africa. Sales in Asia & Pacific, meanwhile, jumped 22%. China will continue to be an area of focus for the company, with plans to launch 150 new stores in 2020—the majority in Mainland China. (LEGO currently boasts 140 retail stores in 35 Chinese cities, including flagship locations in Beijing and Shanghai.)

On top of the retail locations, Kirkbi (which owns 75% of The LEGO Group) recently entered a partnership with Merlin Entertainments, Shanghai Jinshan district government and Chinese content creator CMC to develop a Legoland resort in Shanghai. And, in January, the brickmaker and Chinese media giant Tencent renewed their memorandum of understanding for another two years to expand on a strategic partnership focusing on digital play experiences for Chinese kids.

These expansion efforts come amid concerns that supply chains could be disrupted if the COVID-19 outbreak continues. In a recent regulatory filing from Hasbro, for example, the toymaker stated that due to the uncertain nature of the outbreak, it was difficult to forecast the impact on future operations.

Beyond expanding geographically, The LEGO Group is also focused on growing with new platforms. The company purchased BrickLink—on online marketplace featuring more than 10,000 stores from 70 countries and one million members—in November. Visitors to LEGO’s e-commerce site, meanwhile, increased by 27% in fiscal 2019.