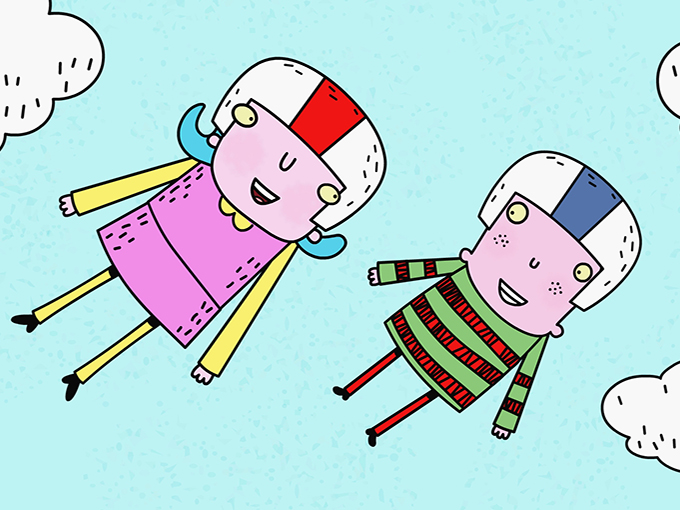 First pitched at Asian Animation Summit in 2016, Blue Rocket Beyond's animated series will get a piece of the government org's new development funding.

The 52 x 11-minute series, which was first pitched at Asian Animation Summit in 2016, is receiving a portion of the US$500,000 (AUD$750,000), which is being shared with 21 other older-skewing in-development projects. Screen Australia has not shared how much money it will give the kids show.

In Lucy’s Canon, an eight-year-old girl and her brother get blasted out of a canon into far-flung adventures as they explore together and meet new friends. Written by Wendy Hanna (Dumbotz), script edited by Clare Madsen (The Justine Clarke Show), and directed by David Gurney (Dumbotz), the 2D-animated series is produced by Alicia Rackett (Dumbotz) and co-produced by Paul Moran (Moments of Clarity).

Screen Australia hasn’t shied away from investing in kid’s content, especially in the live-action space where it’s backed Komixx Entertainment’s 10-part series Itch and Aquarius Films’ 15 x 26-minute live-action series The Unlisted, and family film Go Karts, which was picked up by Netlix last month. Screen Australia has also expanded beyond funding traditional prodcos recently, and partnered with Google to dish out US$350,000 (AUD$500,000) to several online content creators and YouTubers.